A little over a month ago I turned the big 3-0. As many of you know, Joshua and I are 8 days apart in age, so it was pretty much a joint celebration all week long. During that week a few surprise goodies arrived in the mail for both of us such as this fabulous Death Star kitchen timer from my in-laws: 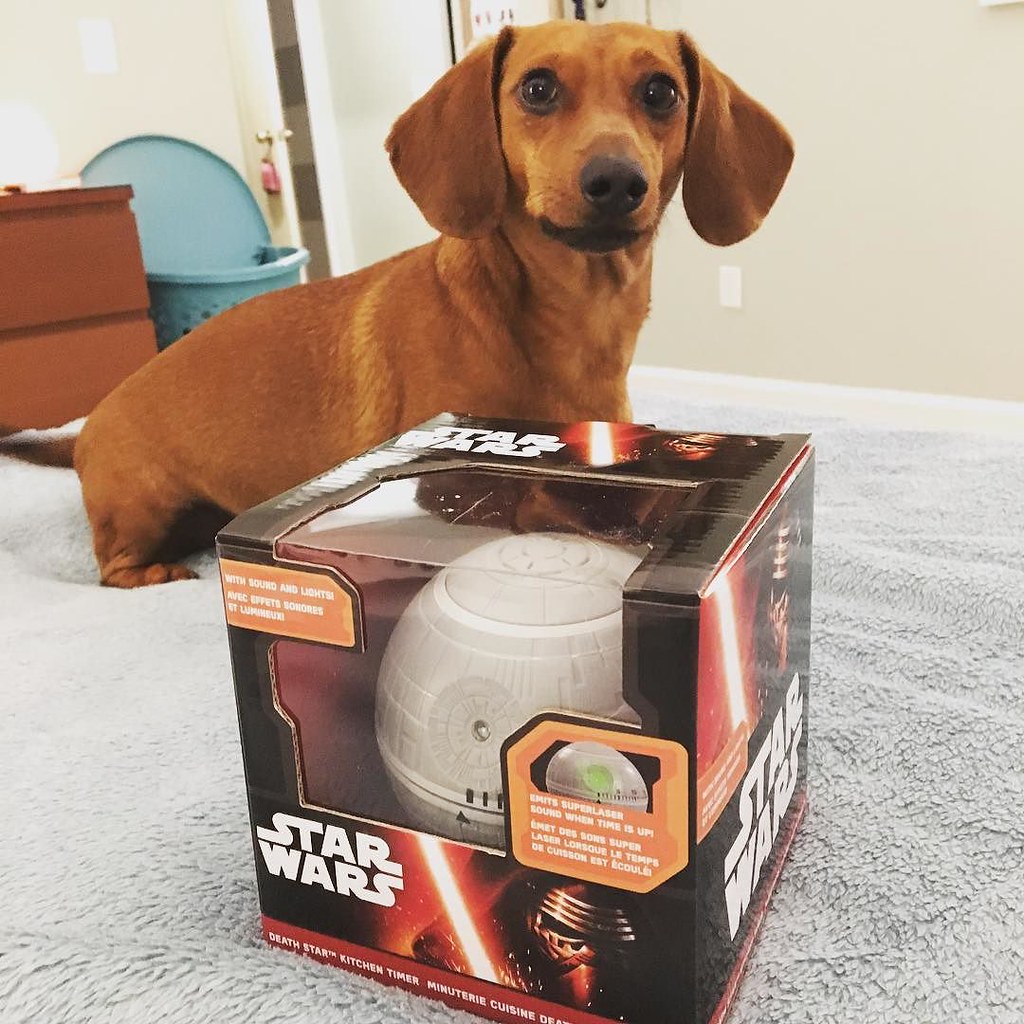 Joshua got a Star Trek Electronic Door Chime. A few days later, R2-D2 Measuring Cups showed up for me as well. Our in-laws know how to make us little geeks happy!

The birthday festivities kicked off on Sunday, January 29 where we had a delicious brunch at BJ’s with all of our friends. We did the same thing last year and it was a lot of fun despite me being sick, so we figured we’d do it again this year. I wasn’t sick this time around, and we were so grateful our friends came out to celebrate! I was having so much fun that the only “picture” I took was a quick Snapchat video. 👻

Monday was Joshua’s actual birthday, so the two of us had a delicious steak dinner at Cattlemens.

The following weekend we had dinner with my family and Joshua’s family at Bene Ristorante Italiano. 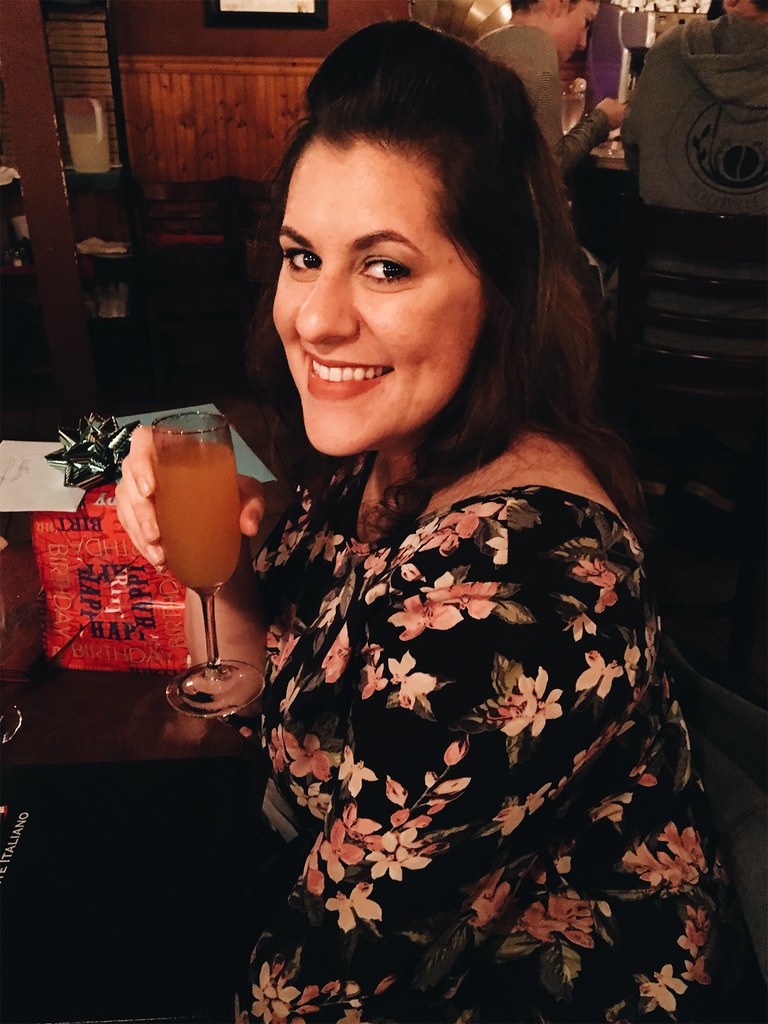 I got some cool stuff including the Crane heater I’ve been eyeing for my She Shed! 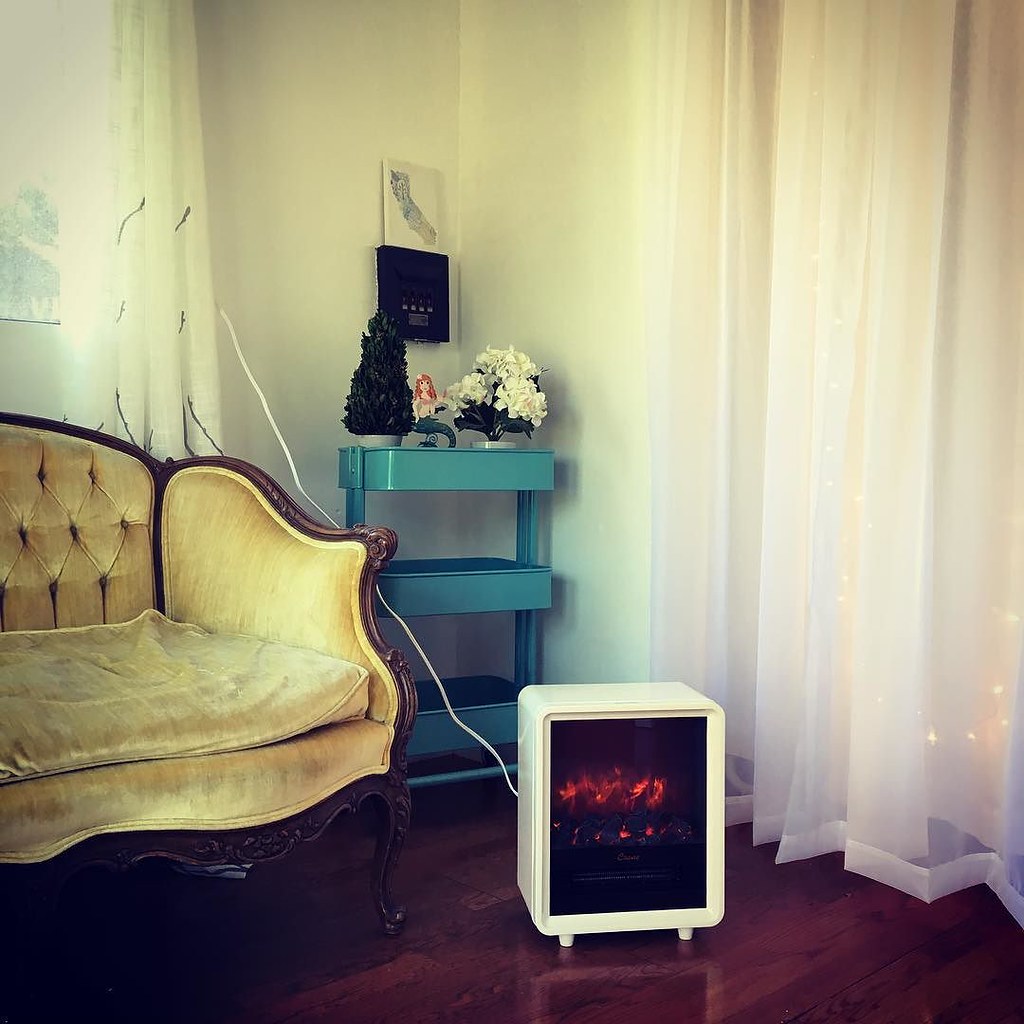 The next day was my big birthday treat from Dani. She decided to take me to the spa for a facial, and not just any spa! We were going to Bliss Spa! Bliss was my very first spa experience ever, and I ended up going there several times back when I was living in Marin. I was such a fan that I ended up becoming good friends with the gal that used to run their Twitter account. 😆

Dani and I drove down to Marin that morning and took the 9:30am ferry into San Francisco. Our facials weren’t until 1:30pm, so we took a Lyft over to Market Street and did some shopping. I treated myself to a new sports bra and leggings from lululemon, a candle from diptyque (plus a free birthday candle), undies from Gap Body, and some goodies from Sephora.

While I was trying on clothes at lululemon, Dani got a phone call from Bliss saying that one of their estheticians called out sick, so only one of us would be able to get a facial. ☹️

Dani let me have the facial since it was my birthday present and instead she chose to get her nails done. They made up for inconvenience by upgrading my facial at no charge, and Dani’s nail services were free of charge. 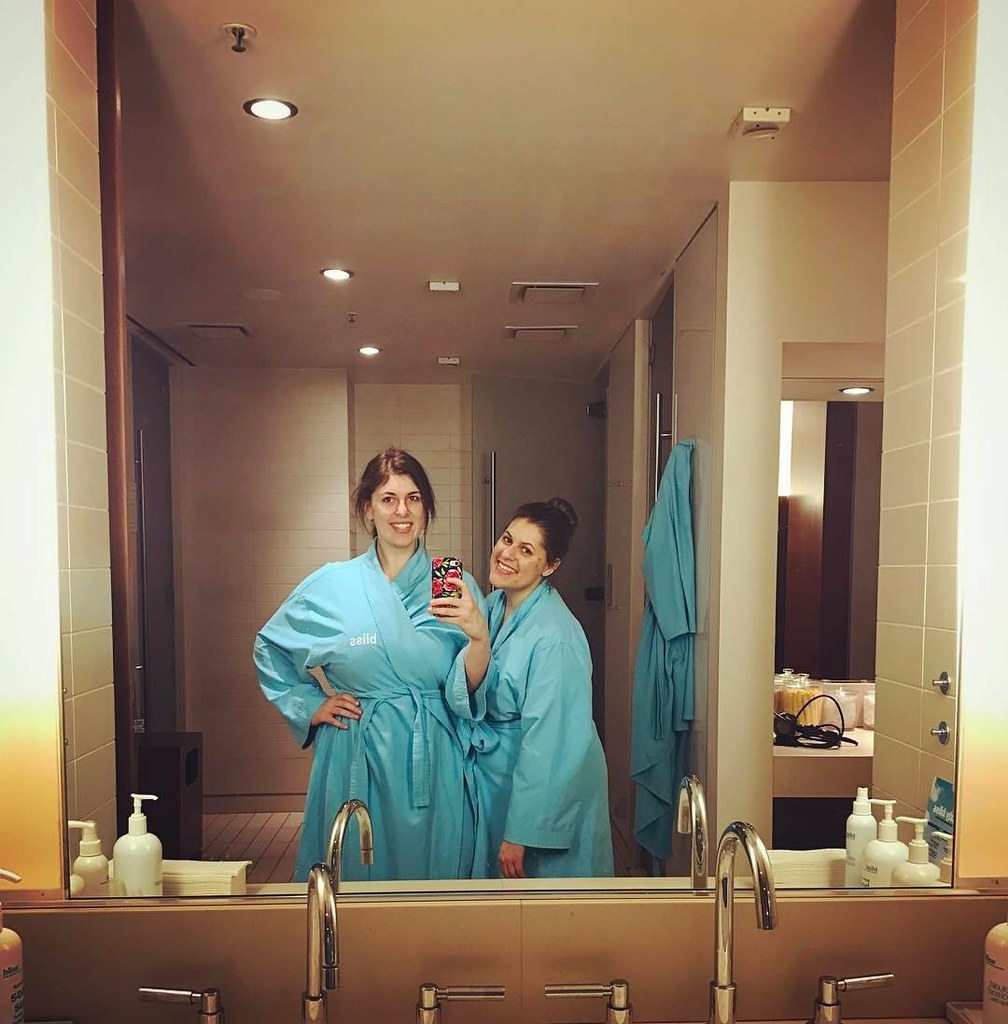 Dani had never been to Bliss, so I was really happy to share the experience with her. Would also like to note that their brownie buffet in the waiting room had gluten-free brownies, so I felt like I really got to indulge!

After the spa we took the ferry back to Marin, and stopped at Mary’s Pizza Shack for dinner on the way home. Hands down the best birthday present. ❤️

To wrap up the birthday festivities, on the morning of my actual birthday I woke up to my very first Star Wars gift from Joshua. This is the first time in the 12+ years we’ve been together that he has gotten me ANYTHING Star Wars. 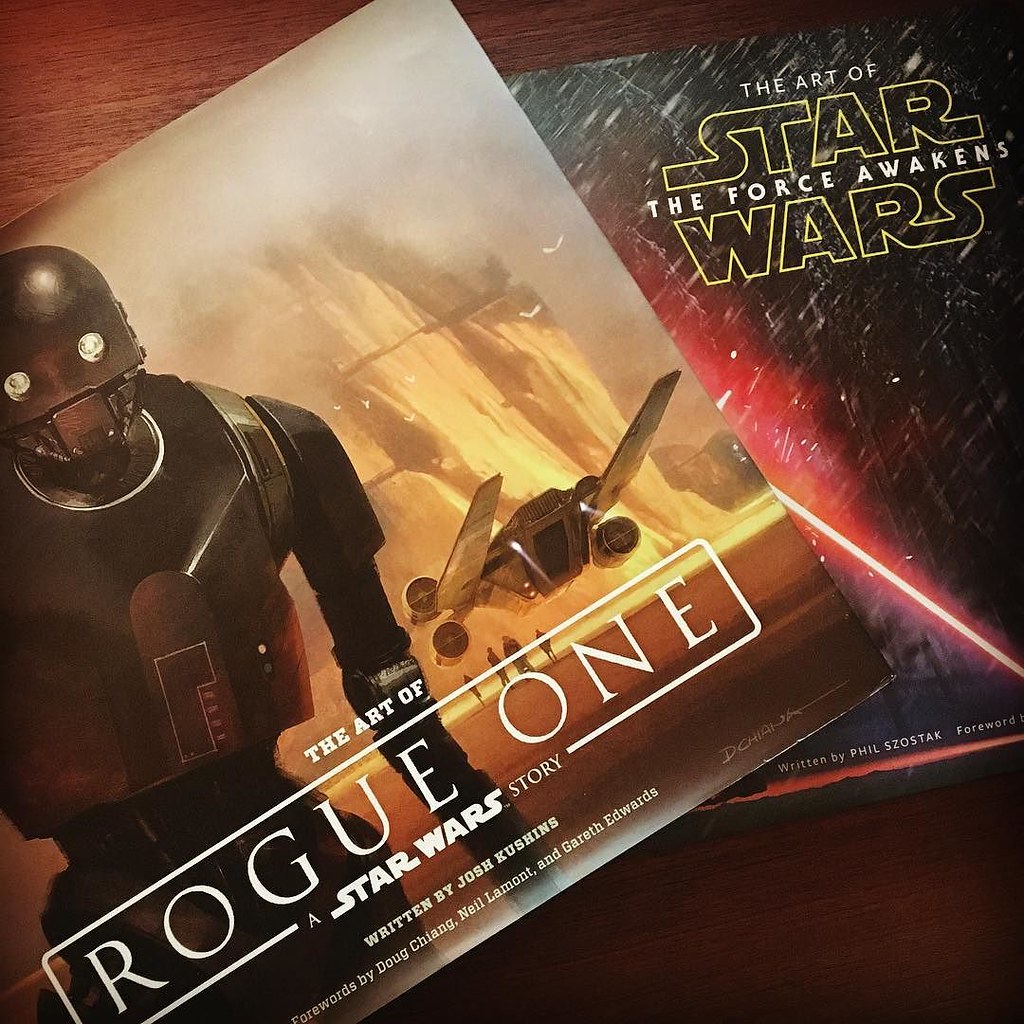 I was gifted an arrangement of chocolates and balloons at work along with a gift card. After work, I had dinner at one of my favorite restaurants (Melting Pot) with some of my favorite people (Joshua, Dani, Danielle, and Adam). 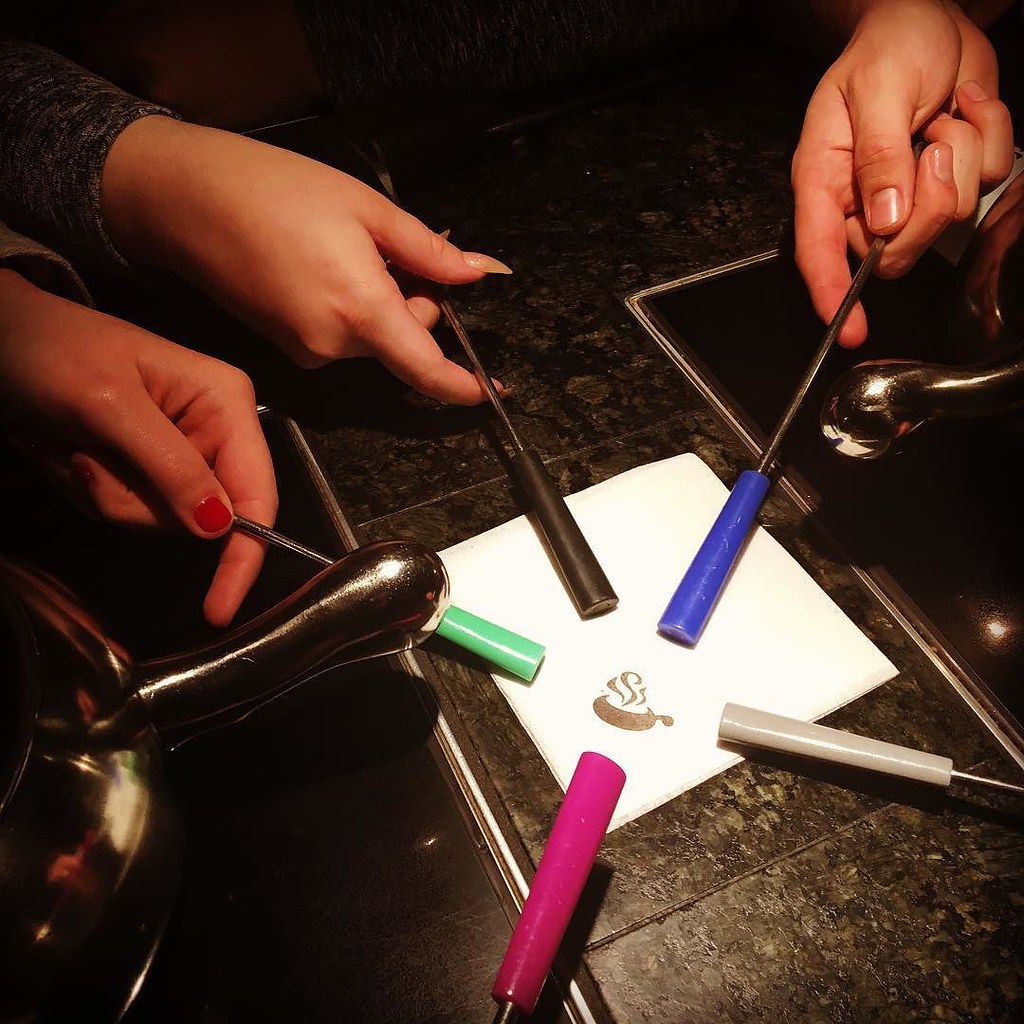 Danielle and Adam gave us a Melting Pot gift card for our birthday, so we invited them to join us there for dinner along with Dani. Had a great time and ate a lot of good food; it was the perfect way to wrap up (no pun intended) a great 30th birthday.

Sounds like you had a great few days around your birthday and got treated well! Happy birthday to Joshua as well 🙂

I love Lululemon – I treated myself to a new set of gym gear from Lululemon recently too!

Shame that you couldn’t both get facials, but at least Dani could get a manicure and you could both get treated, haha! I love getting pampered and treating myself to something relaxing like that.