Last year when I participated in my very first One Room Challenge, I think I got a little too ambitious tackling the She Shed (which is still not done 😝). This year I’m gonna take it down a bit and work on a much smaller room: our en suite shower room. When we first moved in, the bathroom, amongst the rest of the house, was that basic builder’s beige. 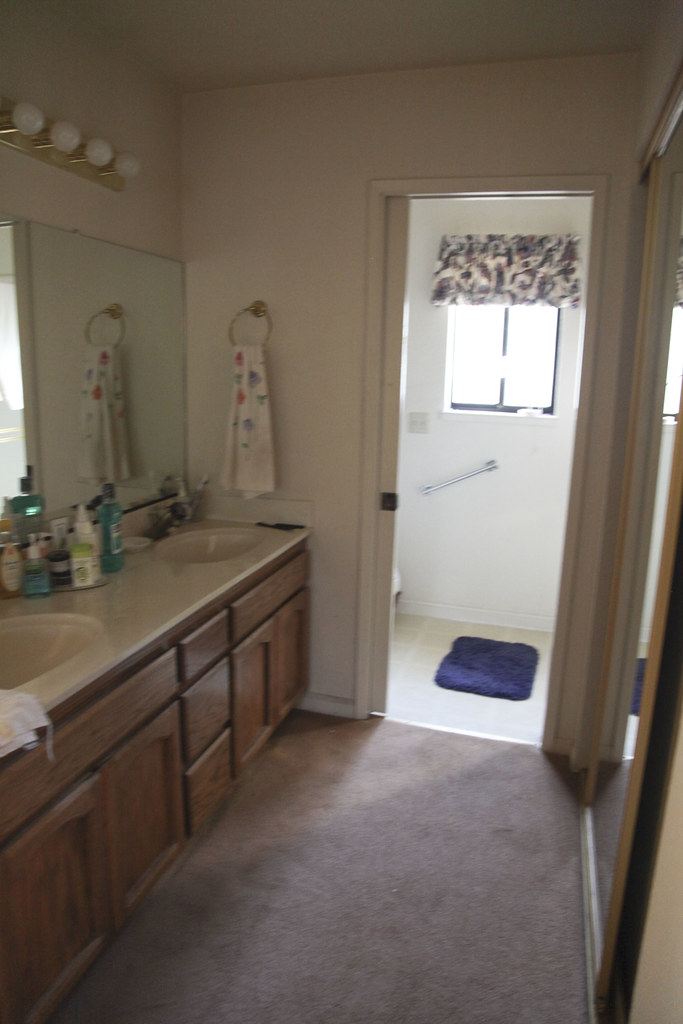 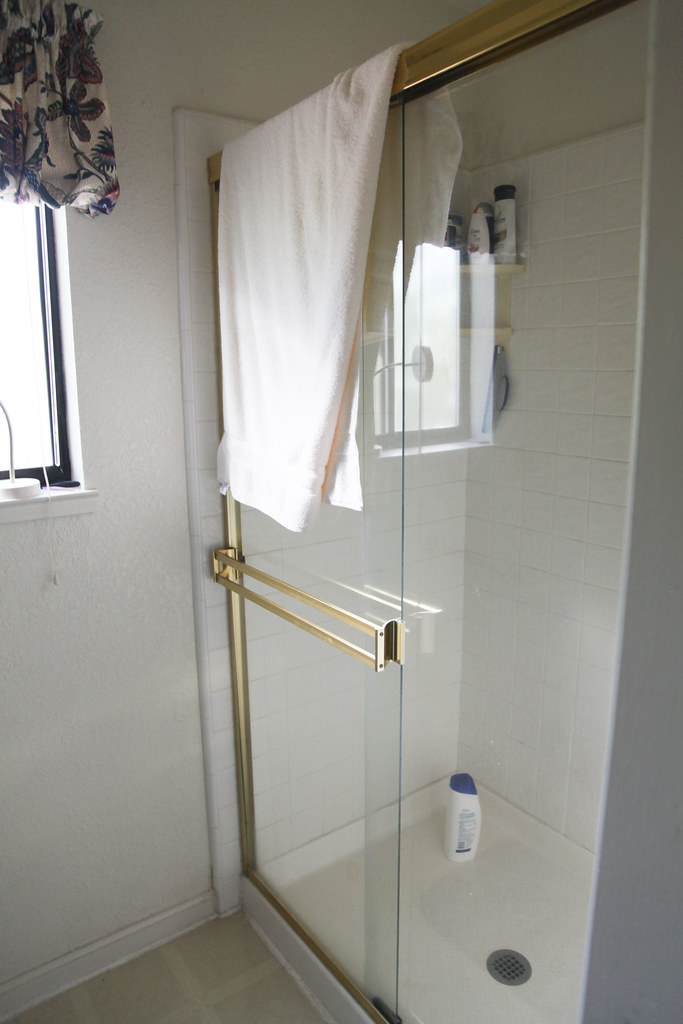 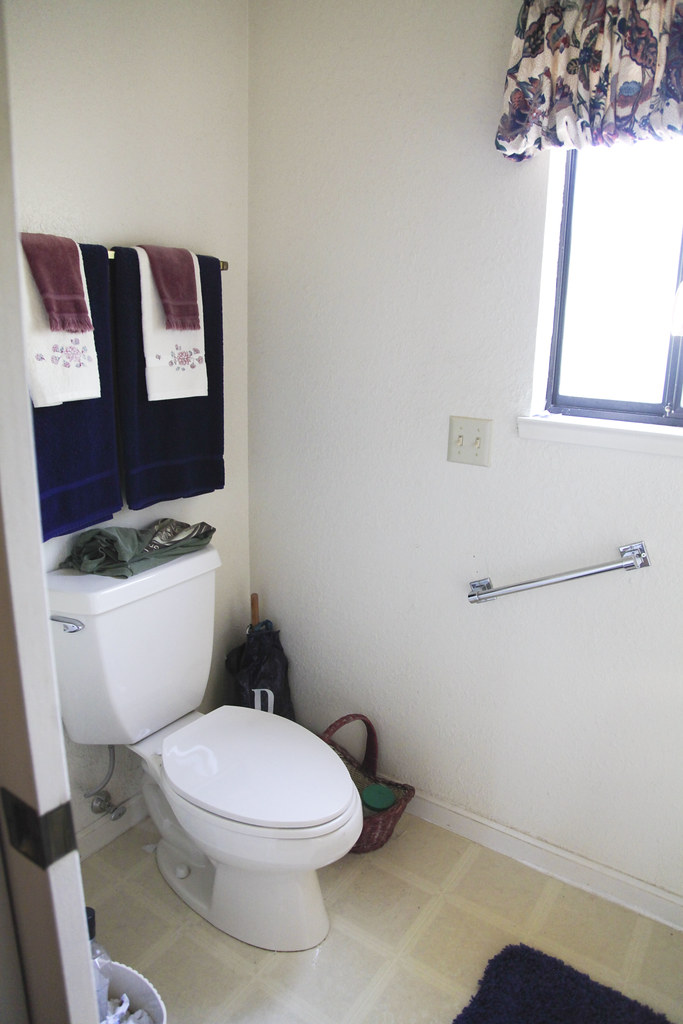 Shortly after we moved in we painted the walls and ceiling. The color we chose for the walls was too light, and just looked like a cleaner version of the original color. 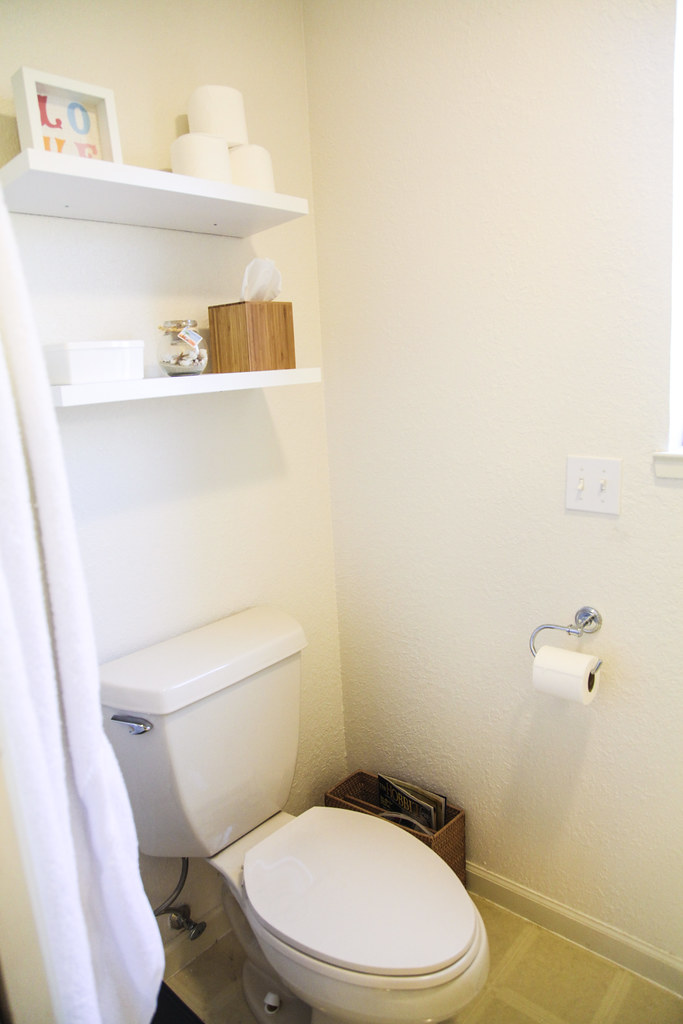 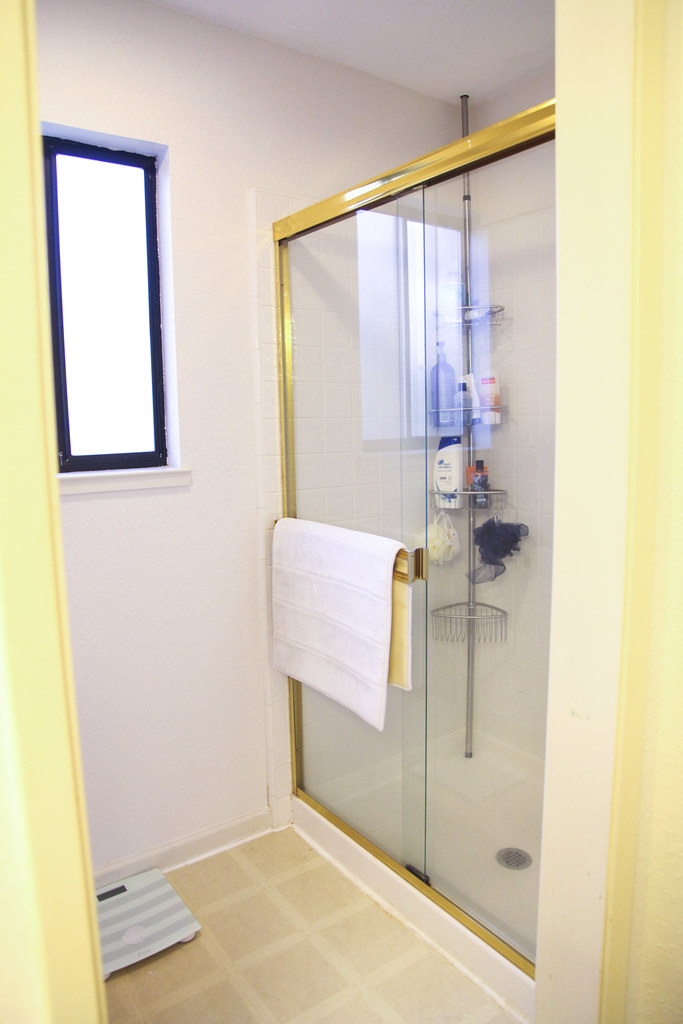 A year later I repainted this time choosing a bold, dark turquoise. This was almost 4 years ago. 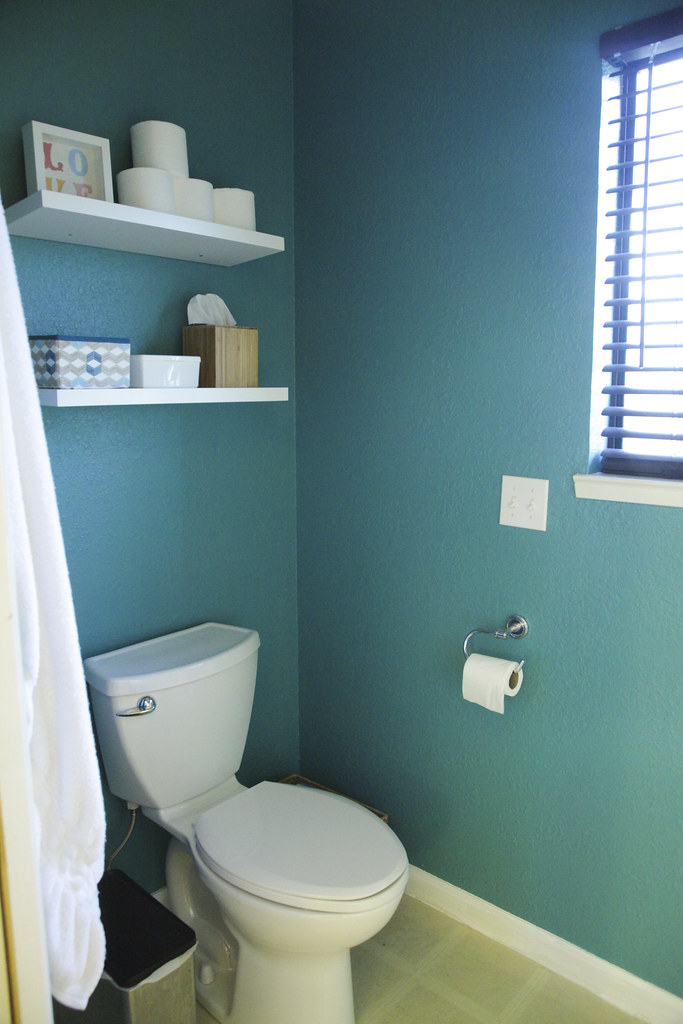 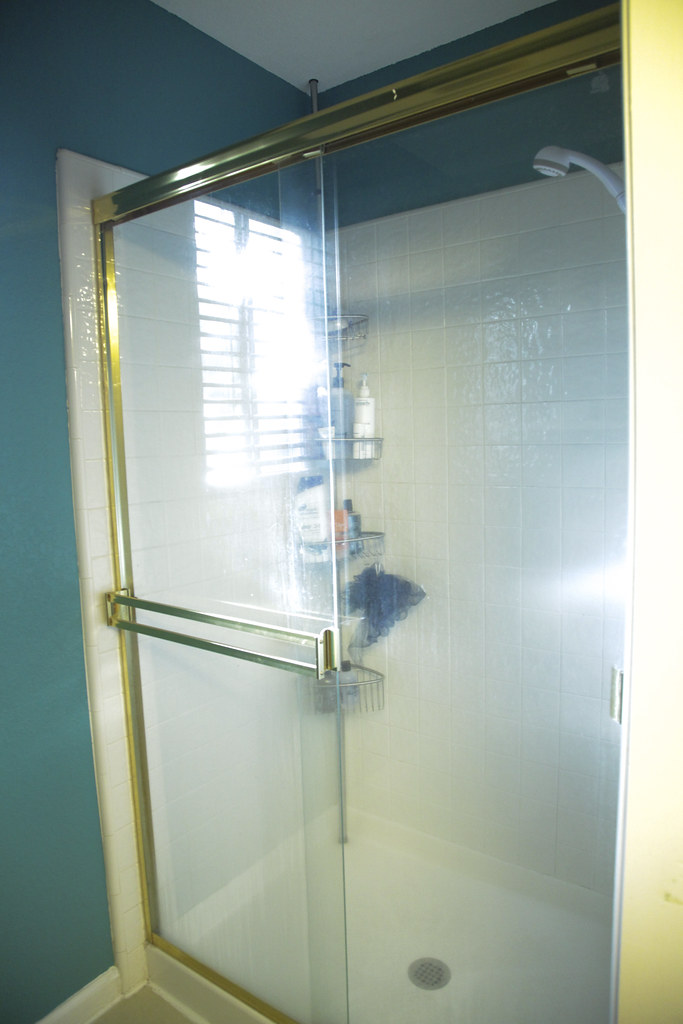 Even though I liked it at the time, it’s proven to be too dark for such a small space. Plus we’ve since painted the rest of the en suite and bathroom a light turquoise called Contemplation by Behr. It would look a lot nicer and brighter if the shower room was that color as well.

We also had an issue where the hose broke on the toilet causing water to spray everywhere. Luckily we were home when it happened and able to shut the water off until we could repair it. Since then the ceiling and walls have looked kinda funky. Since the shower frame is gold/polished brass/whatever they’re calling it these days, we’re opting to keep the rest of the fixtures gold instead of trying to de-gold everything. All we have to do is get a gold shower head, which we found at Home Depot for $25, and a gold toiler paper holder.

This weekend we’re going to get started with painting the ceiling and walls. That way the bathroom has plenty of time to dry and we won’t be without our shower for too long. The next few weeks should really just be decorating. I’m excited to get started!

Even before I saw your comment about the colour being too dark, I did agree. It is a beautiful colour but the shade definitely doesn’t work for the space. Looking forward to the final result! 😄

Yeah even Josh agreed too – it was just too dark. We started putting on the first coat this past week and man, what a difference already!