1. Where were you when 2011 began?
In Florida with Joshua. We had been spending the week in Orlando for our Disney World Honeymoon, and unfortunately by the end of it we had both come down with major colds. We were too sick to party, so we spent the evening in bed watching the Back to the Future series. We turned the TV on a couple minutes to midnight and watched the ball drop while drinking the champagne we received from a friend. 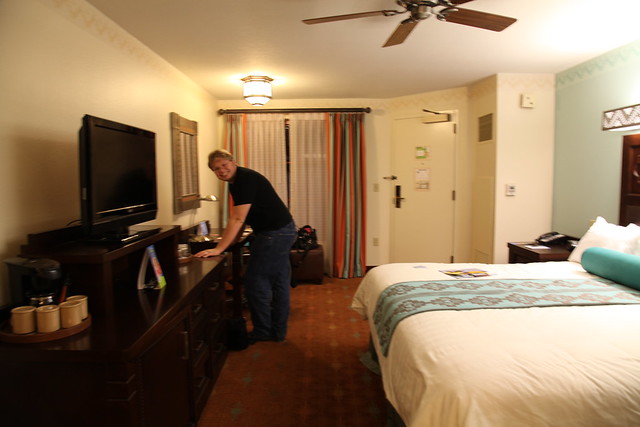 2. What did you do in 2011 that you’d never done before?
Visited New York and various areas of the East Coast, visited Yosemite National Park, got an internship in the industry I want to be in, went ice skating.

3. Did you keep your 2011 resolutions?
I didn’t lose weight, which wasn’t too surprising because it pretty much got put on the back-burner due to my crazy work and school schedule; hopefully I’ll be able to work on my weight loss once school is over. I got better about holding my tongue on FB, mainly thanks to the feature that allows you to hide updates from certain people. That and I eliminated a lot of people that weren’t really friends to begin with. I did continue with the good grades in school (I have a cumulative GPA of 3.9), which was challenging once I began to take 5 classes.

4. Did anyone close to you give birth?
Nope.

5. Did anyone close to you die?
No, just someone I admired. RIP, Steve Jobs. 6. Go to any concerts this year?
Yes! My mommy took me to Lord of the Rings in Concert, and it was amazing! Basically it was a live orchestra playing the music while we watched Fellowship of the Ring. Hopefully in 2012 I’ll be able to see The Two Towers! 7. Will you be looking for a new job in 2012?
It’s possible. While I’d like to stay with the company I’m interning with, I am still keeping my options open. We’ll see what happens come June.

8. Did you drink a lot of alcohol in 2011?
No not really. I really only drank when I went to parties where there was booze present.

9. Did you go on any vacations? If so, where?
Summer vacation was spent up in Yosemite National Park In August my sister and I went back east to visit family and New York. Then the week before Christmas I went to Disneyland with Joshua’s family. 10. What was your biggest achievement of the year?
Every year it’s the same: making it through. So much stress and shenanigans going on in my life this past year that I am thankful it’s over.

11. If you could go back in time to any moment of 2011 and change something, what would it be?
I regret not setting boundaries with certain people from the start, so it caused a lot of drama in my life for several months. Had I known things were going to play out the way they did I would have handled things differently. If I could, I would go back to that moment and made changes. I know, that was a very cryptic response, haha. Let’s just say I went through a lot of heavy stuff for awhile that I wish I hadn’t.

12. Did you suffer illness or injury?
No, not really. Once I got over the cold that had been plaguing me from my wedding through my honeymoon I managed to stay pretty healthy throughout the year. I got a bad cold right at the end of finals, but it cleared up pretty quickly. I did at one point mess up my neck pretty badly, but my awesome chiropractor fixed that up for me.

13. What was the best thing you bought?
My iPad 2. Between work and personal usage, that thing has paid for itself. 14. Whose behavior merited celebration?
My sister, hands down. She’s my number 1 best friend and has been there for me no matter what despite her moving away to college. Joshua comes in at a close second because he put up with a LOT this past year.

15. Whose behavior made you appalled and depressed?
Eh… sadly my mom, mainly due to the stress coming from her situation and how she was handling it. It made being there for her difficult and stressful at times.

16. Where did most of your money go?
Bills and school. Yeah, it gets expensive. Oh and parking because I have to pay for parking when working downtown. Lord of the Rings in Concert And the midnight show of the final Harry Potter movie. 18. What song will always remind you of 2011?
“Fix You” by Coldplay – This was my song, and it spoke to me on so many different emotional levels.

i. Happier or sadder?
Honestly, I think a little sadder. Again, I’ve gone through some tough times emotionally this past year. I’m hoping to get happier though.

ii. thinner or fatter?
Fatter. I gained a bit of weight this year.

iii. richer or poorer?
I think about the same.

20. What do you wish you’d done more of?
I wish I had done more blogging, especially over at my interior design blog, Lovely Interiors. I got off to a great start, and then it sat because I had zero time to blog or do anything around the house.

21. What do you wish you’d done less of?
Stressing over things that aren’t that big of a deal. Also making a big deal out of certain things.

22. How did you spend Christmas?
Joshua’s family decided on Christmas 2010 that they wanted to take the whole family to Disneyland, so that’s where we were during the Christmas week. Christmas day we spent with his family in Southern California and then made the 8hr drive home. 25. What were your favorite TV shows?
Big Bang Theory and Glee. They were the only two shows I really cared about.

26. Do you hate anyone now that you didn’t hate this time last year?
Hate? No. Don’t care to deal with? Quite a few.

27. What was the best book you read?
Didn’t really read any new books except textbooks for school. I began the Steve Jobs biography on Christmas, but I haven’t finished it yet.

28. What did you want and get?
An iPad 2 and a new dryer. Got both thanks to our tax return!

29. What did you want and not get?
Haha more iTunes gift cards.

30. What was your favorite film of this year?
Harry Potter and the Deathly Hallows Part 2. I’m so happy with the way they ended the series. As a Potter fan, I got closure.

31. What did you do on your birthday, and how old were you?
In 2011 I turned 24. Not a whole lot happened because I spent my birthday at school.

32. What one thing would have made your year immeasurably more satisfying?
Not going through the emotional roller-coasters that I did. Hoping to have less of those this year. I’m really hoping things will change once the stress of school is no longer there.

33. What kept you sane?
My little online world.

34. Which celebrity/public figure did you fancy the most?
No one new that I can think of off the top of my head.

35. Quote a song lyric that sums up your year. 36. Who did you miss?
I missed my sister a lot once she moved away to college.

37. Who was the best new person you met?
No one person in particular, just all the awesome friends I made at school and work.

38. Tell us a valuable life lesson you learned in 2011.
I learned that being married doesn’t make me invincible to relationship troubles. I also feel I learned a lot more about commitment and dedication to one’s marriage and what it really means to take your wedding vows seriously. Although Joshua and I have been together for 7 years I feel like we grew a lot in our first year of marriage.

39. What are your resolutions for 2012?
Graduate with honors, stick to our budget, save money, and eat at home more.

40. What are your plans for 2012?
Graduate with my bachelor’s degree, get a full time job in my desired industry, and hopefully get a house.