Joshua and I celebrated our 5th wedding anniversary on Friday, November 6. Since it was a work day for both of us, the festivities didn’t start until after work. We also decided that despite being a big milestone, we weren’t going to get any gifts for each other. Instead we had a nice dinner, saw a movie, and stayed at a hotel for the night.

After work I drove home, packed my overnight bag, and then together we went back down to Sacramento. Our first stop was dinner at The Melting Pot, our anniversary tradition. Normally we do the cheese, salads, and dessert or we’ll do the whole Big Night Out, but this time we changed it up a bit. Instead we started with salads, then had meat, and finished with dessert. It was really yummy!

Since our movie would be getting out late and I had to be back in Sacramento the next day, we stayed the night downtown. We checked in to the Sheraton Grand Hotel after dinner and relaxed a bit in our room till we had to head over to the theater. 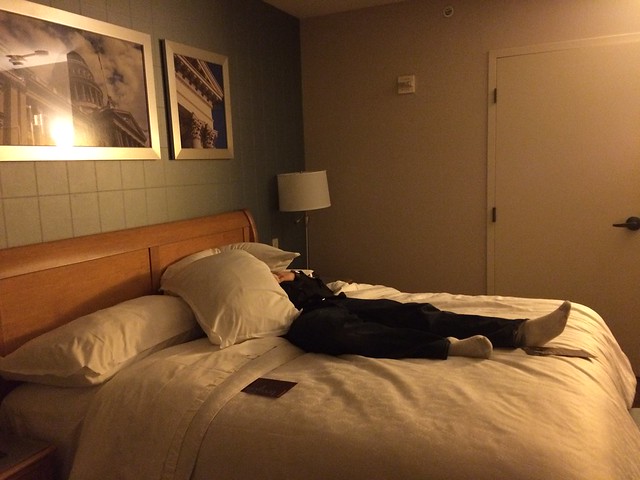 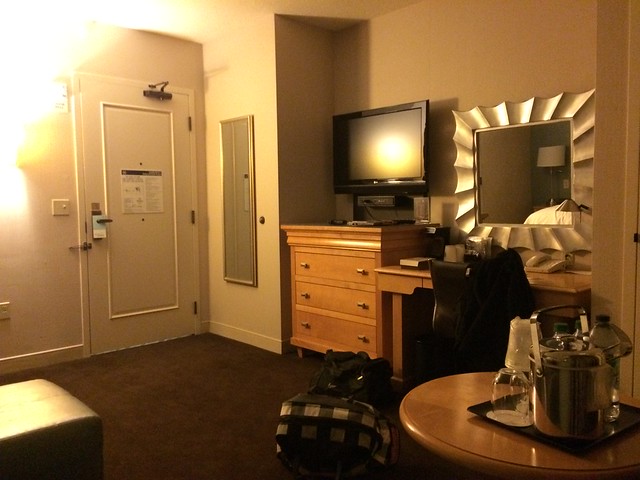 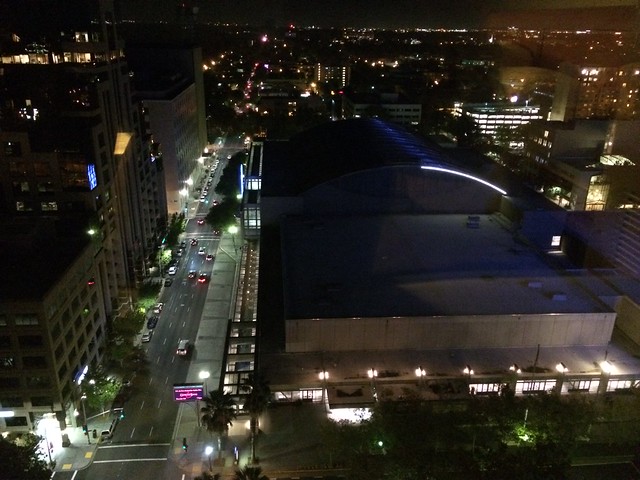 We stayed on the 22nd floor, and we had an incredible view of the downtown entertainment district. Our hotel also happened to be right around the corner from the movie theater. Around 9:45pm we ventured on over to the IMAX theater to see the new Bond movie: Spectre.

The last movie I saw there was Batman Begins, so it was nice to be back. Seeing it on the big screen was so worth it! I really enjoyed the new movie and how it tied the last three together. I also enjoyed seeing Christoph Waltz as the villain – he plays those type of characters so well; I really hope he gets nominated for an Oscar. I also LOVED the music! I’ve been listening to Sam Smith’s Writing on the Walls on repeat.

Our movie got out at 12:30am, so by the time we got back to the hotel and ready for bed, I was asleep by 1:00am. Six hours later the alarm went off, and it was time to get ready for WordCamp Sacramento!