Joshua and I rang in the new year by hosting a New Year’s Eve LAN party. What is a LAN party you might ask? Urban Dictionary defines a LAN party as, “A party where people bring their own computers, hook them up, and game all night long with each other. Also involves mass consumption of caffeine and junk food.” 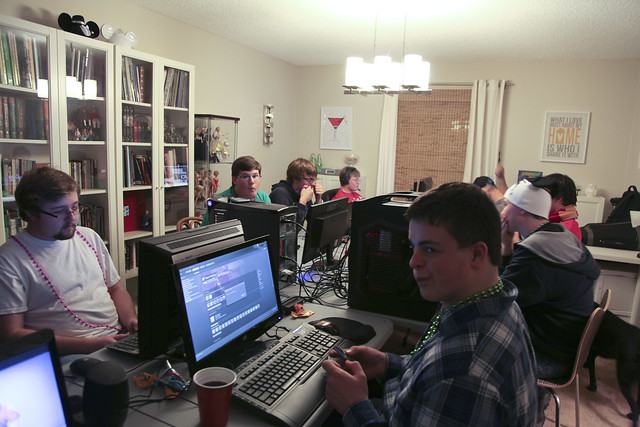 Joshua and his brothers used to have LAN parties all the time in high school, so we’ve continued the tradition by hosting them at our house. My sister and I are friends with a ton of geeky guys, so it’s usually a great way to have all of our friends under one roof. For those of us who don’t game, we hang out, make yummy food and enjoy each others company. 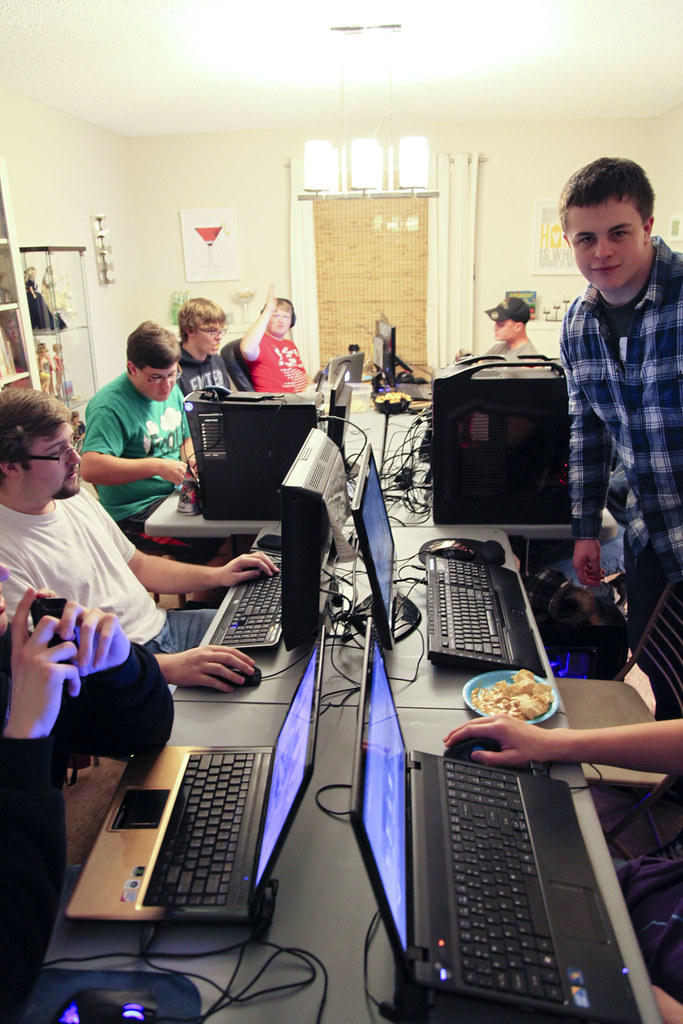 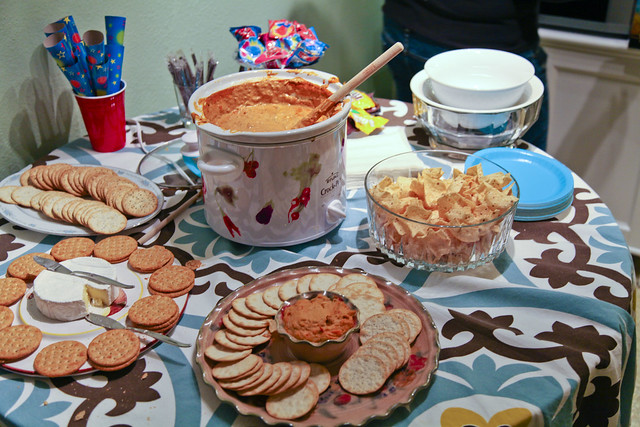 Our yummy food included crackers, brie, hummus, tortilla chips, and Matthew Morrison’s turkey chili cream cheese dip, which is what you see in the crockpot and is now a LAN Party staple (1 can of turkey chili per 1 brick of cream cheese). My sister and friends took over my kitchen to make chocolate-dipped strawberries in addition to all the other candy and cookies they provided. We also had plenty of soda, including Mountain Dew which is another LAN Party staple. Yes, it was junk food heaven!

We had such a great time, and I was so happy to ring in the New Year with my friends and family. And now onto my household New Year’s resolutions!

Goals for the New Year