This week has been weird for me personally because both tragedy and celebration happened.

Passing of my brother-in-law

The tragedy of this week was that one of my brother-in-laws passed away. This was Joshua’s 27-year-old stepbrother, Ricky. He was a US Marine and served his country honorably. He left behind a wife and three beautiful girls, one of which turned 1 years old yesterday.

Here’s an excerpt from his wife’s Facebook that basically sums up what’s been going on.

He’s been battling acute lymphoblastic leukemia for the majority of this year. He was doing amazing as of a month ago, then everything took a turn for the worse. While in remission, his leukemia came back and this time in his central nervous system. He was immediately hospitalized and given chemotherapy, and while in the hospital recovering, developed liver and kidney damage. He has been in the ICU for the past couple of days, where his liver and kidneys have continued to fail. He has several blood clots in the veins leading to his liver and abdomen, which are what is causing his liver to not function properly. They are inoperable, and he cannot be put on blood thinners to break the clots up as his blood is already very thin. As of right now, the doctors will continue care to support him, so that he can rest and be comfortable and his body will hopefully naturally start to repair itself. If he continues to worsen, or his heart or breathing starts to fail, they recommend letting him die a natural death, because putting him on life support wouldn’t be worth it.

We visited him in the hospital on Monday, and things were already looking grim. Friday night Fox 40 did a piece on him, interviewing my father-in-law and stepmother-in-law, and about an hour after it aired he passed away.

It’s absolutely devastating and just so unfair. Joshua’s aunt has set up a GoFundMe account to help with funeral expenses.

On a happier note, Saturday I had the honor of being a bridesmaid for Danielle, my sister’s best friend. Dani was maid of honor, I was a bridesmaid, and Joshua was a groomsman. 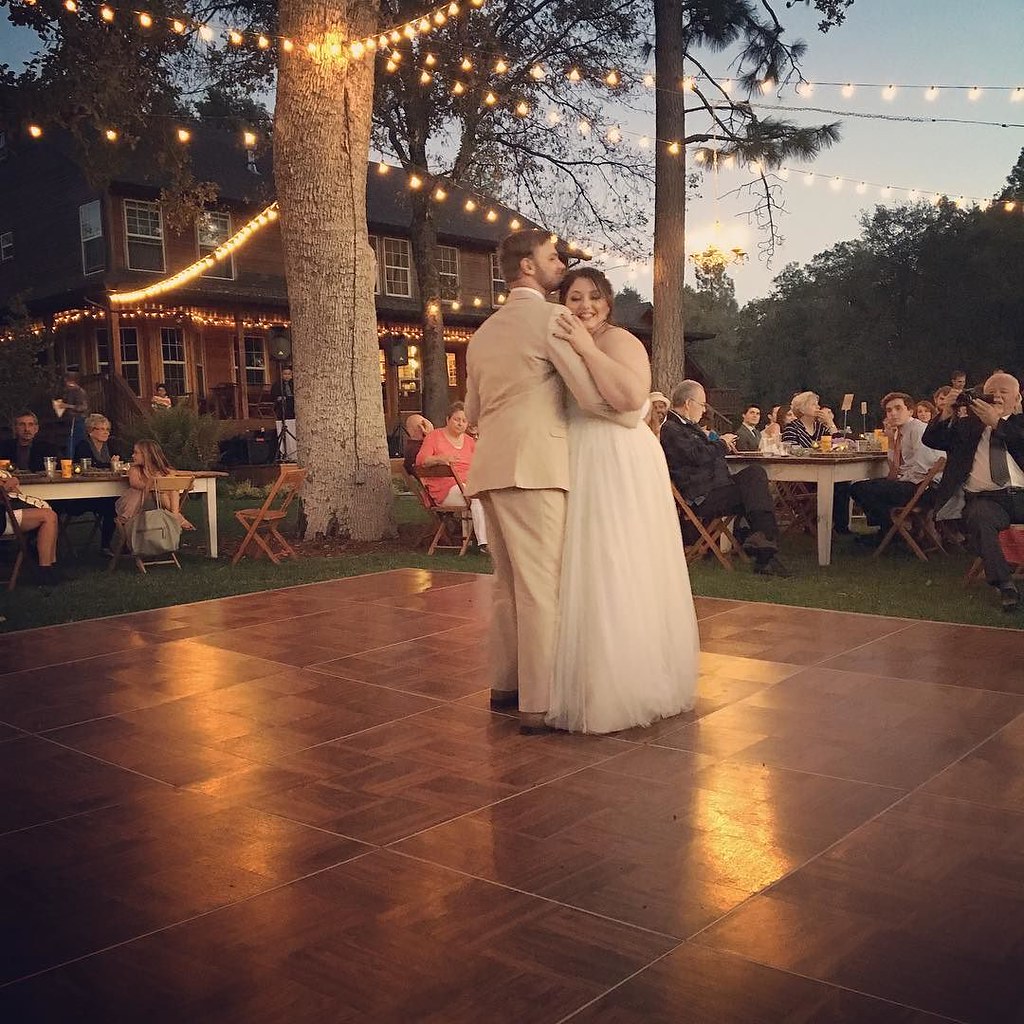 We had a great time celebrating our friends, but it was a long weekend! We had the rehearsal dinner on Friday followed by the bachelor and bachelorette parties. The bride and bridesmaids stayed at the venue (they had a clubhouse just for us girls to stay in), where we spent the night, had breakfast the following morning followed by getting our hair and makeup done. Then the wedding was at 3:30pm and by the time everything was over we were all crawling into bed after 10pm.

I finished up and presented round two of wireframes for one particular client, and I started first round of design for an educational client. The big thing that happened at work this week is my second app I designed launched!

This one launched both on iOS and Android. Very proud of how it turned out!

This week I managed to get two blog posts up in addition to my Week in Review.

One of them was my Reader Survey which I would love for you to fill out if you haven’t already!

I read about your brother in law on your Facebook and I’m so sorry. It is such a trade day and he was way too young. I hope your family can find some peace 🙁

Thanks, Carolynne. We just have to take it one day at a time. <3

I’m gutted to hear about your brother-in-law. ? It’s so upsetting when people close to us seem to just be taken away. He was so young, too. I’ve never been in a position where someone so close to me has passed away, but I know everyone in the family will need some time to recover, and my thoughts are with you during this difficult time.

Thanks, Georgie. I’ve had two grandmas pass away, but this is the closest to immediate family member I’ve gotten. It’s definitely a healing process, for sure.