Gahh so many things to update on and not enough time to do so! Here is a recap of the past two weeks! 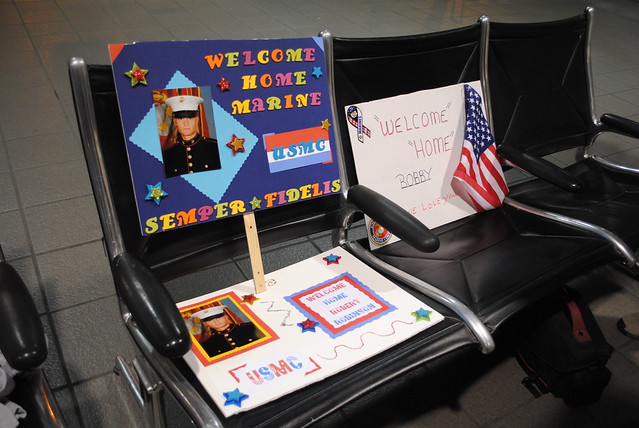 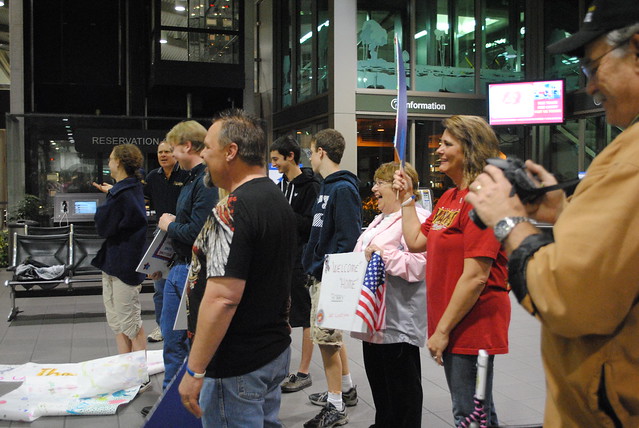 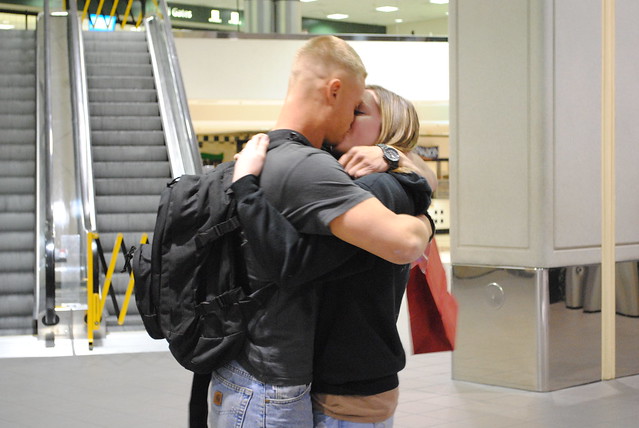 He’s been gone since September 2009 fighting in Afghanistan. We all got to make a late night trip to the airport to welcome him home. It was an awesome time!

The next day I went to the doctor’s for a nasty UTI. They put me on pain meds and antibiotics. The antibiotics did not sit well with me and within 24 hours of taking them I had every possible side effect. Thursday I called my doctor around noon to see about changing my prescription because by then I couldn’t keep anything down in my stomach. She didn’t get back to me till 5pm, so I had to race to the pharmacy like a mad woman to get my new prescription. Within 24hrs I was feeling 100% better and ready for Bobby’s first sushi adventure. He only had a 4 day leave, so around midnight he headed back down to base in San Diego.

Saturday night I went to see my old high school’s production of Little Shop of Horrors. My sister had one of the leads as Chiffon, a doo-wop girl! 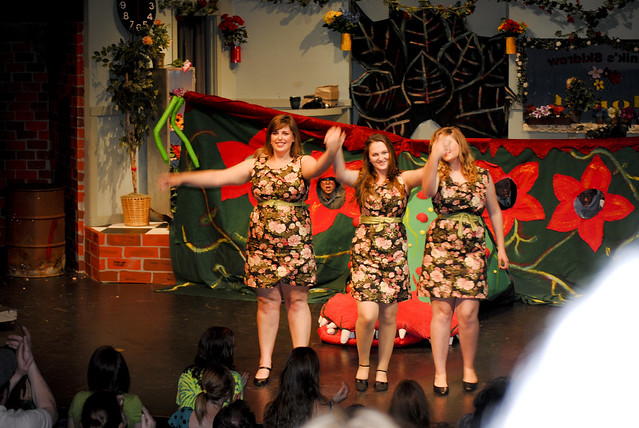 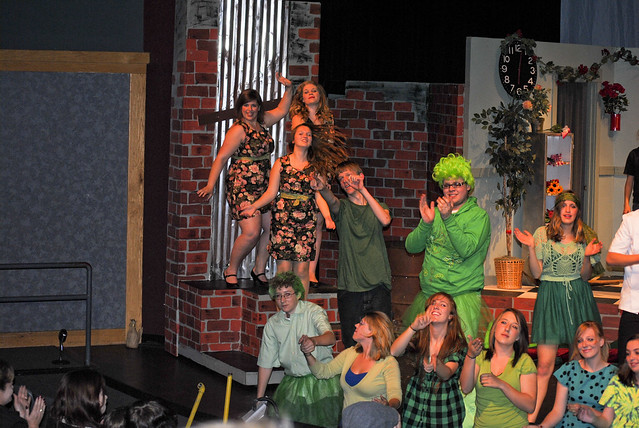 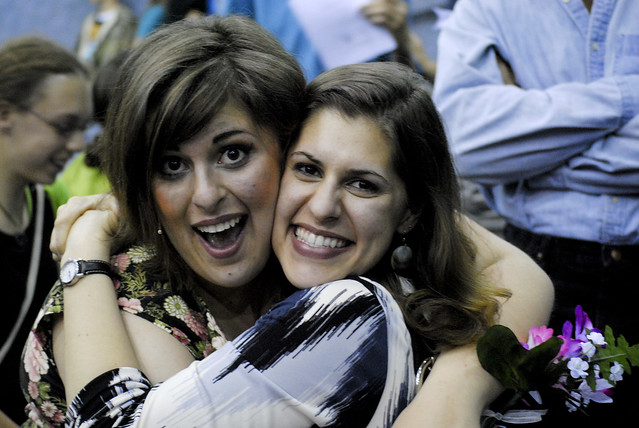 It was her first time in a lead role and she did a fantastic job! The overall production was MUCH better this year than last year’s version of Grease.

Sunday my sis and I were planning on going down to my grandparents house to celebrate my grandpa’s belated birthday. As I was getting ready to head out, my mom called me informing me that Mormor has just called her telling her Morfar was having some minor chest pains. By the time we got to their house Morfar was okay, but really tired. I brought homemade lasagne and after we ate lunch, my grandpa took a nap. The three of us were sitting in the living room when I heard Morfar moaning. He kept saying, “I feel so sick!” and we were super close to taking him to the hospital. My mom was suppose to be coming down later that day, and he insisted he wanted to wait till she got there before going to the hospital.

Dani and I had to leave later Sunday because we both had school on Monday. The next day my mom took Morfar to the hospital and turns out his chest pains from the day before was a small heart attack. He had to be taken by ambulance to San Francisco Kaiser where he had an Angioplasty and other heart surgery. I found out last night that he finally came home yesterday. I’m not sure all the details of his heart issue, but I’m pretty sure I will find out today.

Last night instead of going to sushi, I got to go to the Lifehouse and Daughty concert with my friend Debbie. Her mom is AWESOME and got us tickets for Debbie’s birthday. As some of you may know, Joshua and I consider Lifehouse to be “our band” and their song Everything to be our song; naturally seeing Lifehouse in concert was a huge thrill. 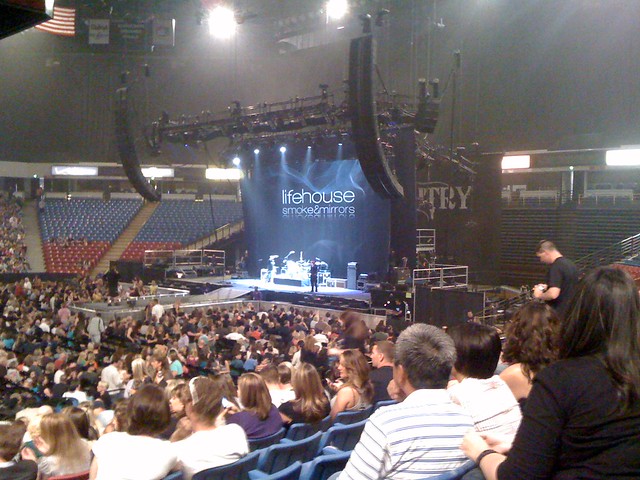 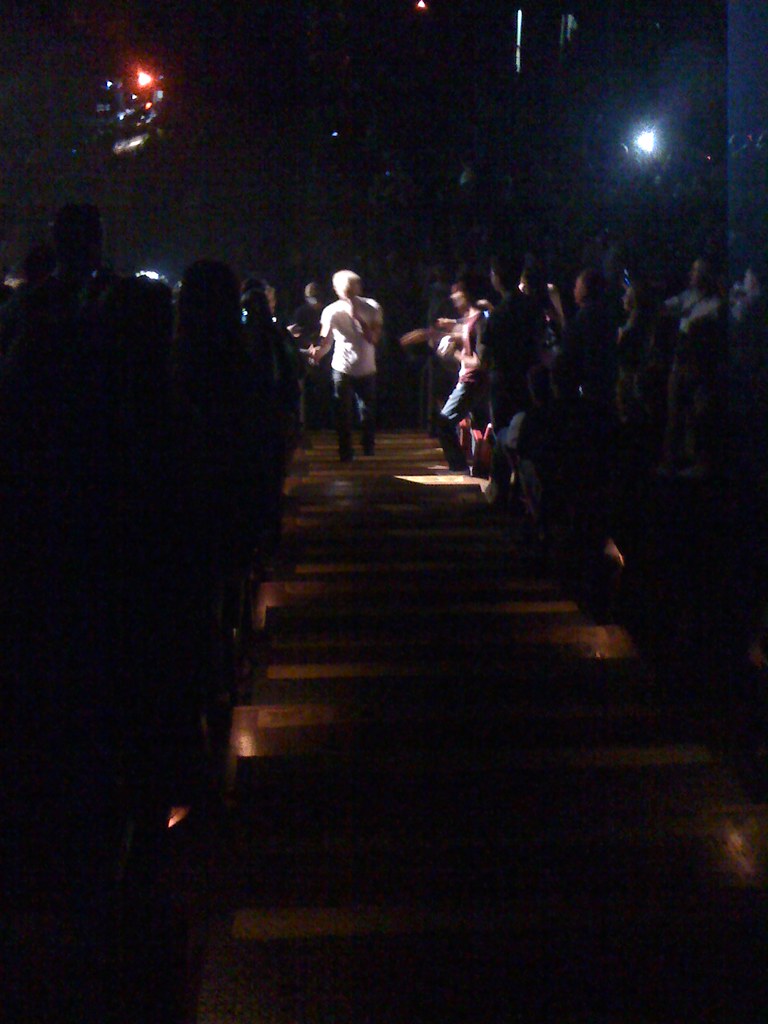 The best part of the entire night? Jason Wade came up OUR row (in addition to another row) AND GRABBED MY HAND! Yeah it was pretty sweet! ????

Another cool thing about yesterday: my patio furniture showed up, so Debbie, Dani, Josh and I got to eat dinner out on the patio. I’m still trying to figure out how I want things arranged, so once I am satisfied there will be pics!

My mom has been staying at my grandparents house all week to make sure things were taken care of while Morfar was in the hospital. Today, Dani and I heading down there to spend Mother’s Day weekend with them. Once we get there, I’m taking my mom to Bliss Spa in SF for a massage. I originally wanted to do this for her last year on Mother’s Day, but certain things got in the way. She doesn’t know she’s going to a spa yet, hehe. All she knows is we’re going into the city via Ferry. When we get back, I am cooking dinner for everyone. I’m really excited.