About a week ago I went to lunch downtown with a couple coworkers in which the restaurant had the Food Network playing on a TV behind the bar. I couldn’t hear what was being said, but I was able to to watch Kelsey Nixon create an amazing dish and take a guess at what was going on.

I found the recipe once I got back to the office, and although I guessed wrong with a couple ingredients (I thought she used ground beef when really she used sausage), it still looked super yummy. Last night I decided to try the version I thought it was, so allow me to share my recipe with you. 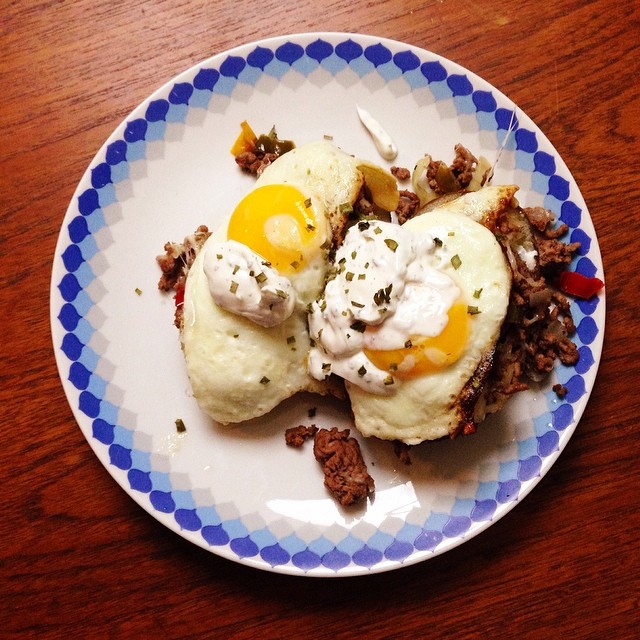 Overall it was super yummy! Not to mention this is the reaction I got when I presented Joshua with his plate:

Yeah, totally worth it!

LOL, that gif is hilarious, especially since I am imagining Joshua saying it! Great. It doesn’t seem like my cup of tea, but I love that you adapted it to your own tastes.