I knew when I went to Dapper Day in April with my sister that I had to come back for the Fall event with Joshua. Luckily it fell on the weekend before our anniversary, so it made the ideal trip. We just came back two days ago and had a lot of fun!

After we got settled in our room, we hit up Downtown Disney and had dinner at Tortilla Joe’s. We both had tequila, chicken tomales, chips and fresh guac that was made at our table. Sooo yummy!

The routine Dani and I established on our last trip worked out perfectly, so I pretty much did the same with Joshua. Our first day in the park we took advantage of Magic Hour and hit up as many rides as possible. We had lunch at Jolly Holiday Bakery & Cafe and then went back to our hotel room after to take a nap and get ready for the Dapper Expo. 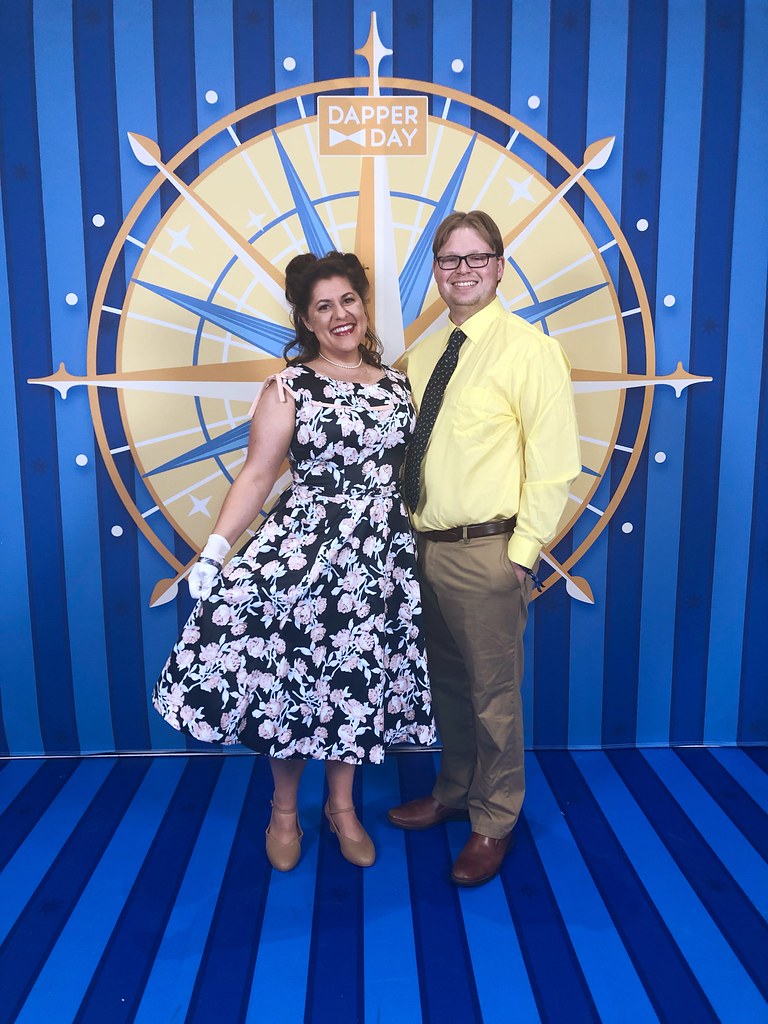 We spent a few hours at the expo checking out all the vendors, getting our picture taken, and shopping. It was a lot of fun to be able to share this experience with Joshua. 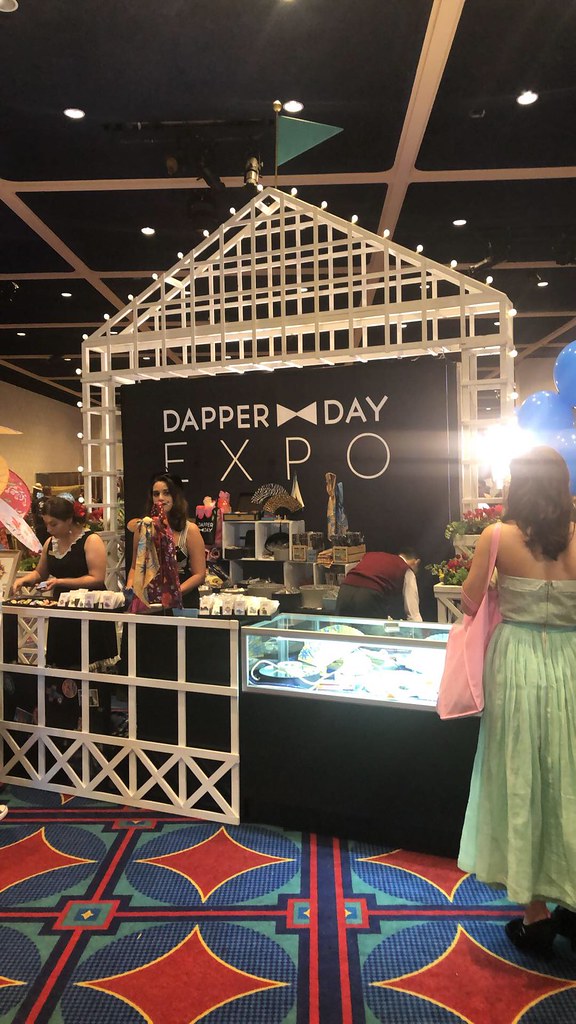 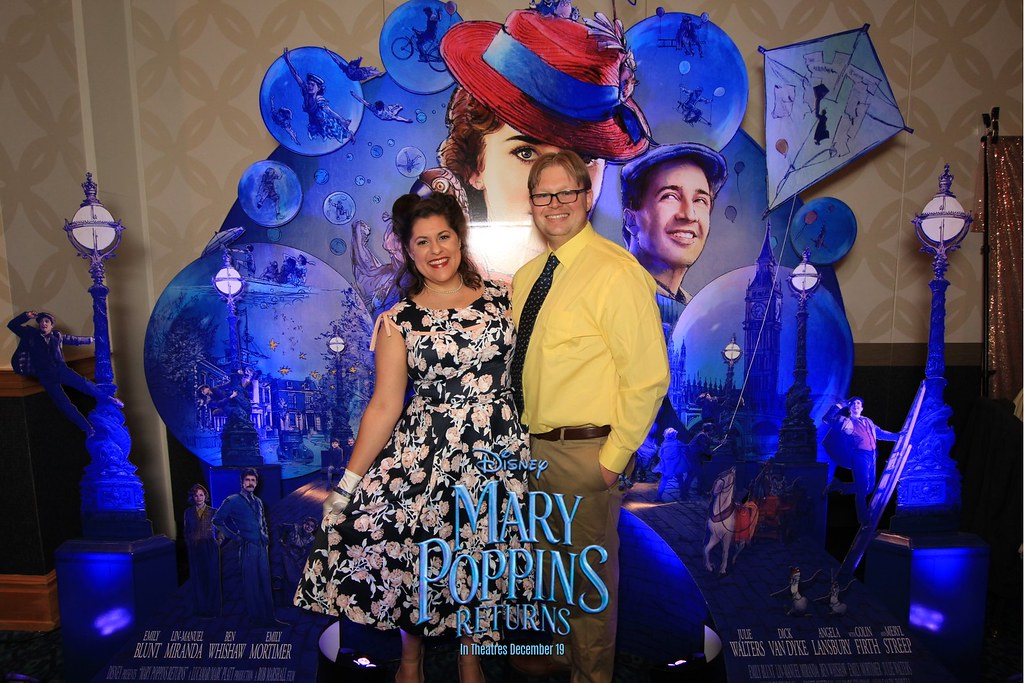 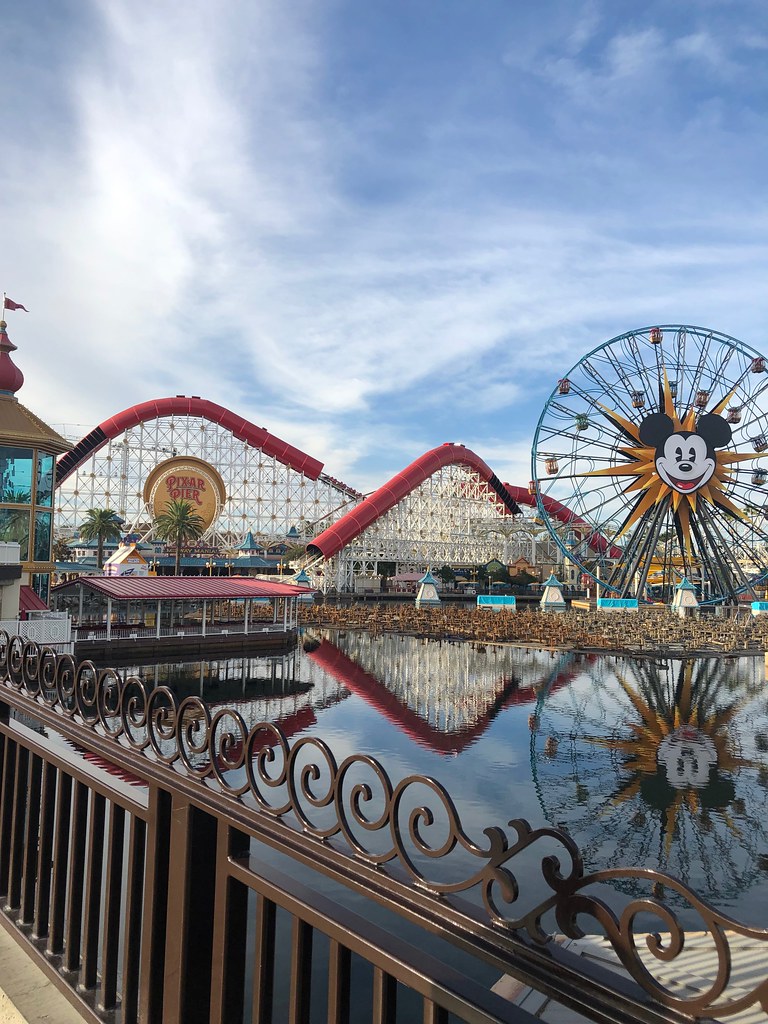 Day 2 we were in Disney California Adventure bright and early for Magic Hour! Not only did we get a bunch of rides in the first hour, but I met up with one of my long-time friends! 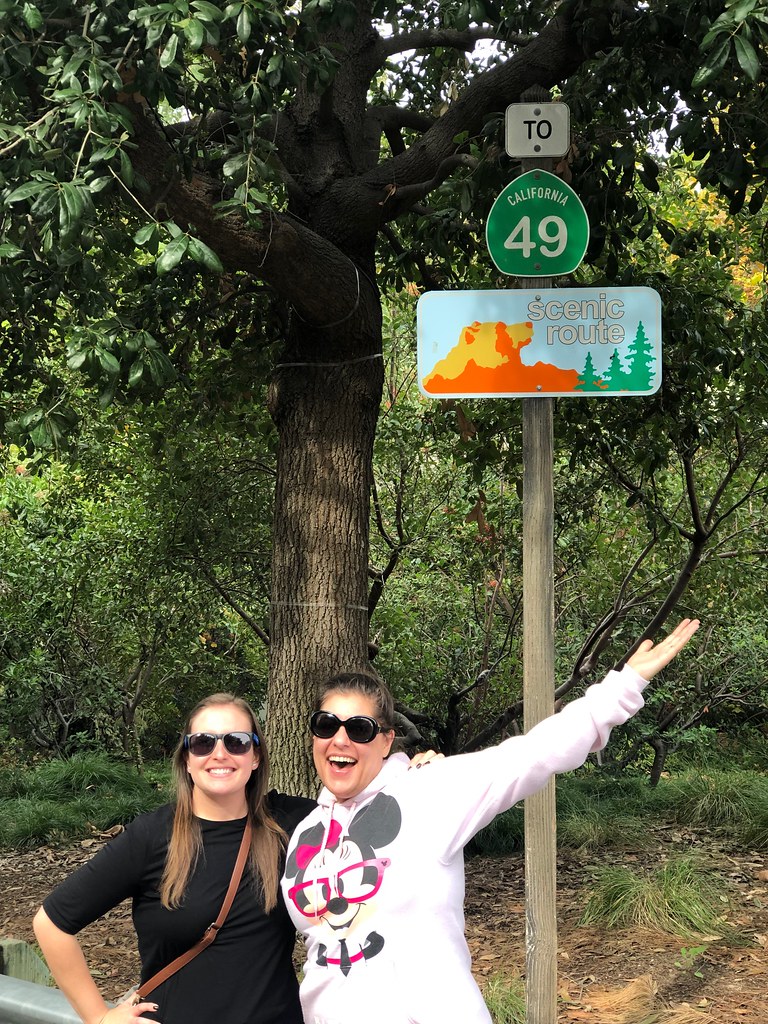 Seriously, we’ve been friends since preschool. We both grew up off Highway 49 in the town of El Dorado, so it was a perfect photo op in front of the sign in DCA! Really cool that I got to meet up with her there! We went on a couple rides together and then parted ways.

Joshua and I got a VIP photo op with Pluto (a perk for being a Chase Disney Debit cardholder). 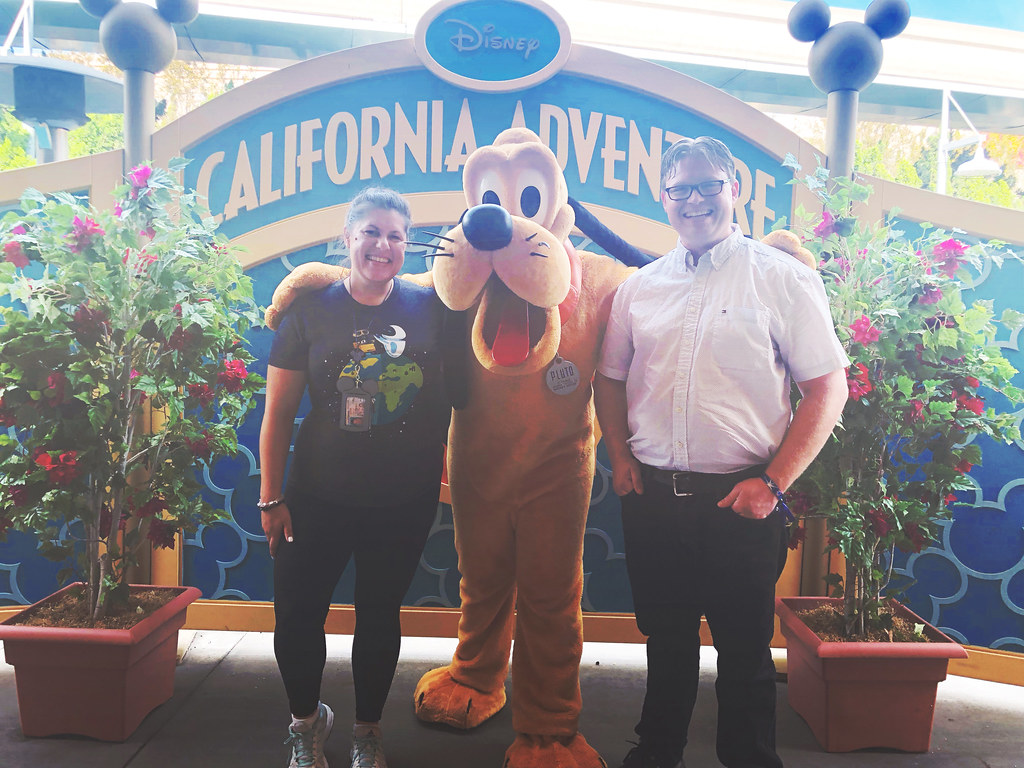 And I got to try the new dairy-free lemon freeze over at Adorable Snowman Frosted Treats. It’s like the Dole Whip but lemon instead of pineapple. 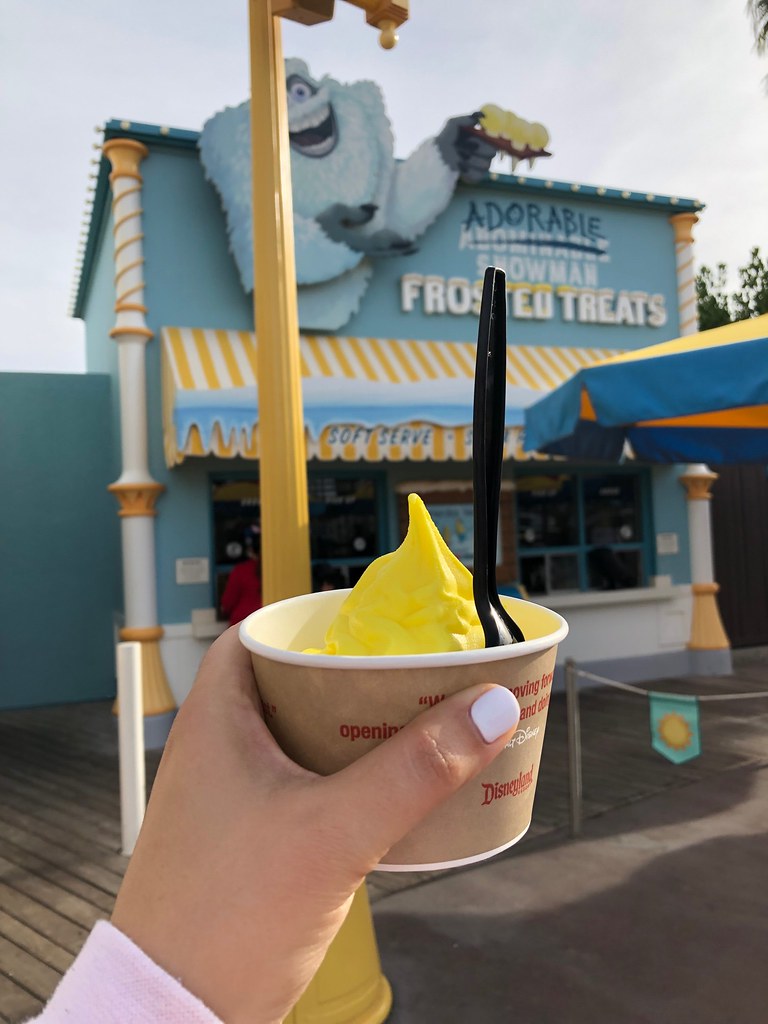 After lunch, we headed back to the hotel for Dapper Day part 2! 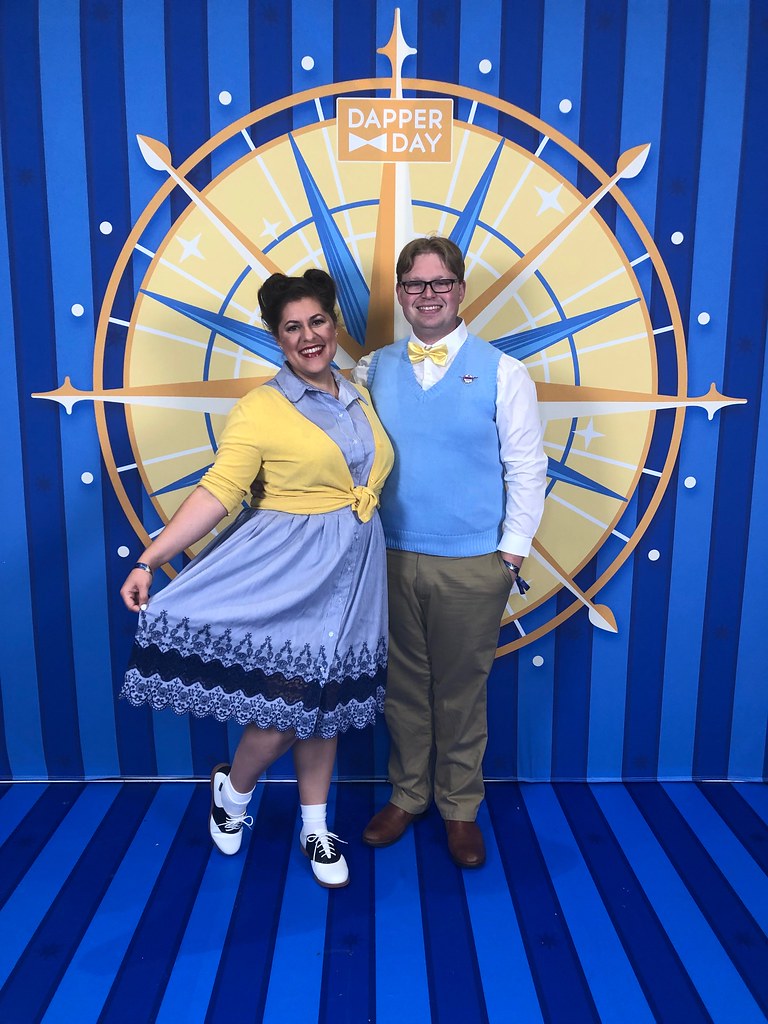 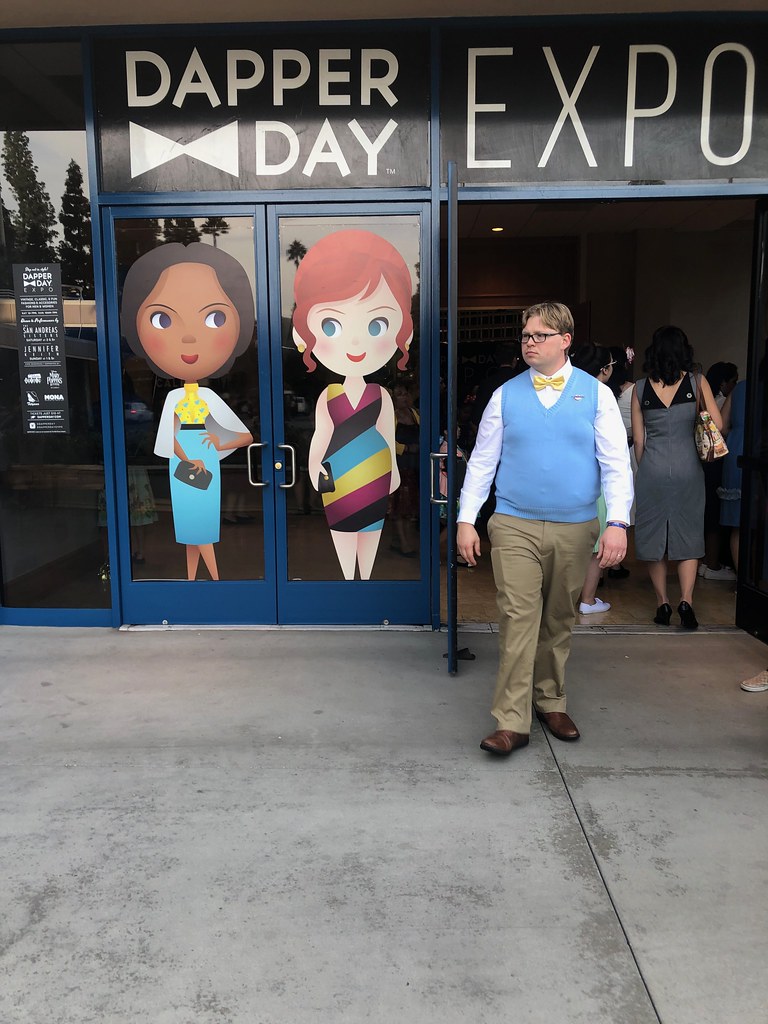 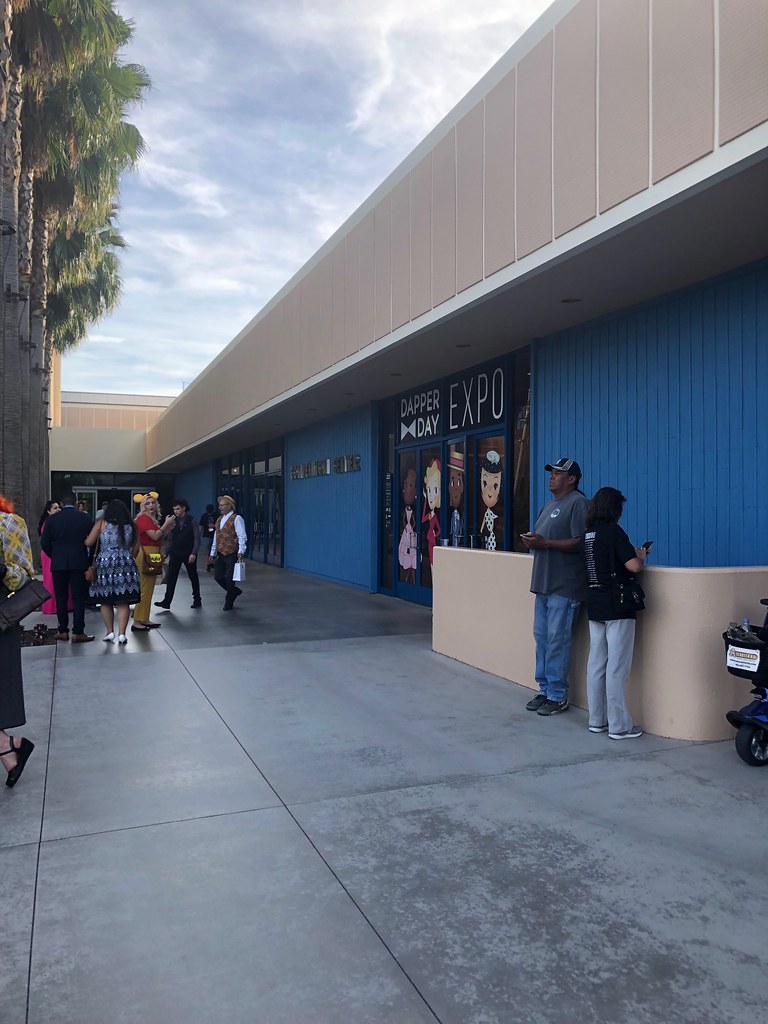 We went back into Disneyland for the official outing where we did a couple of rides and attractions we missed the previous day. One of which was checking out the Star Wars Launch Bay and taking photos with Vader and Chewie! 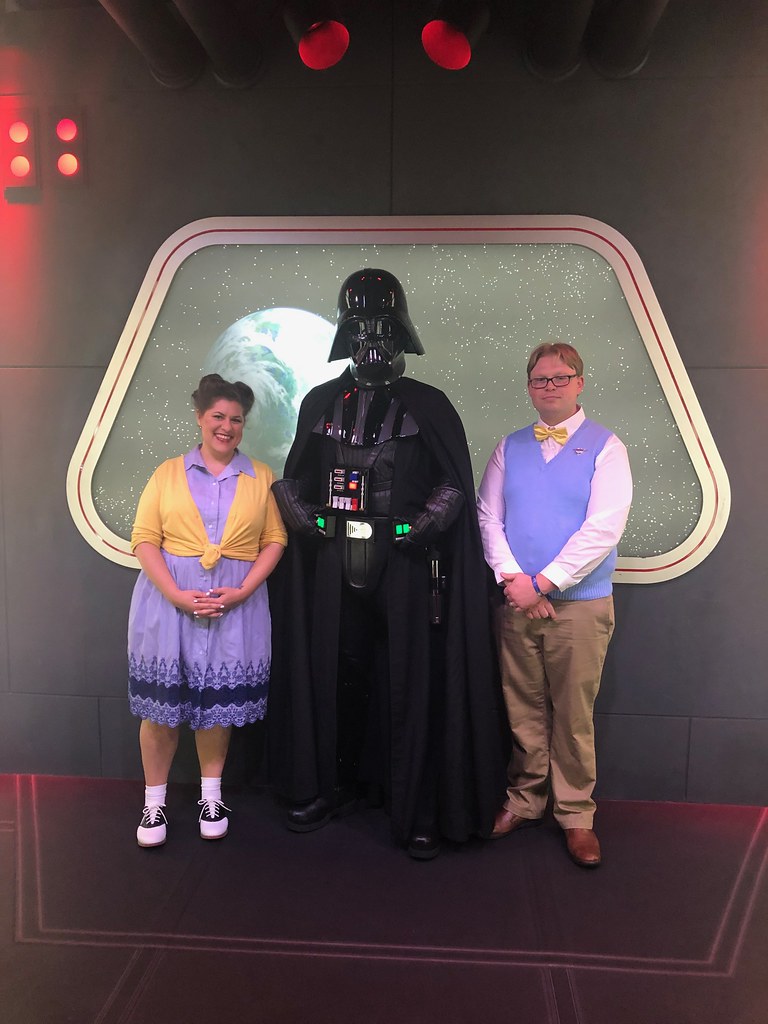 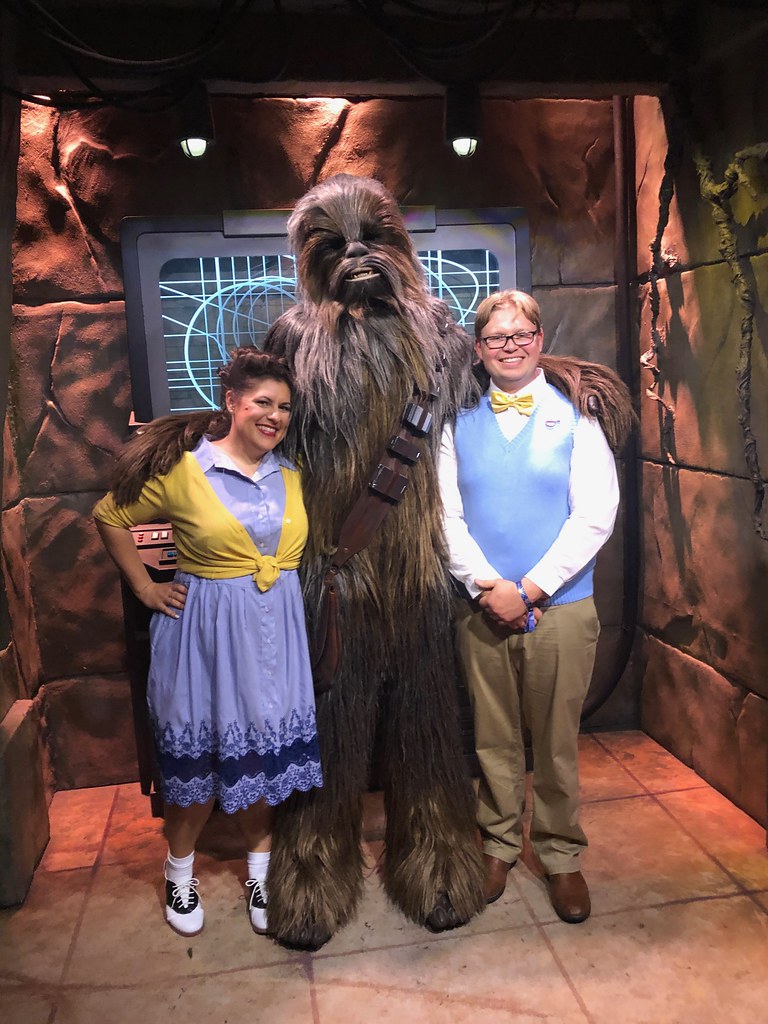 Eventually, we made our way back to DCA for our dinner at Carthay Circle. After dinner we went on Soarin’ Around the World and then cut through the Grand Californian back to Downtown Disney and our hotel for the night.

The next day we had breakfast in Downtown Disney and then headed home! Such a great anniversary weekend (despite us both nursing colds) and can’t wait to come back for the next Dapper Day event!