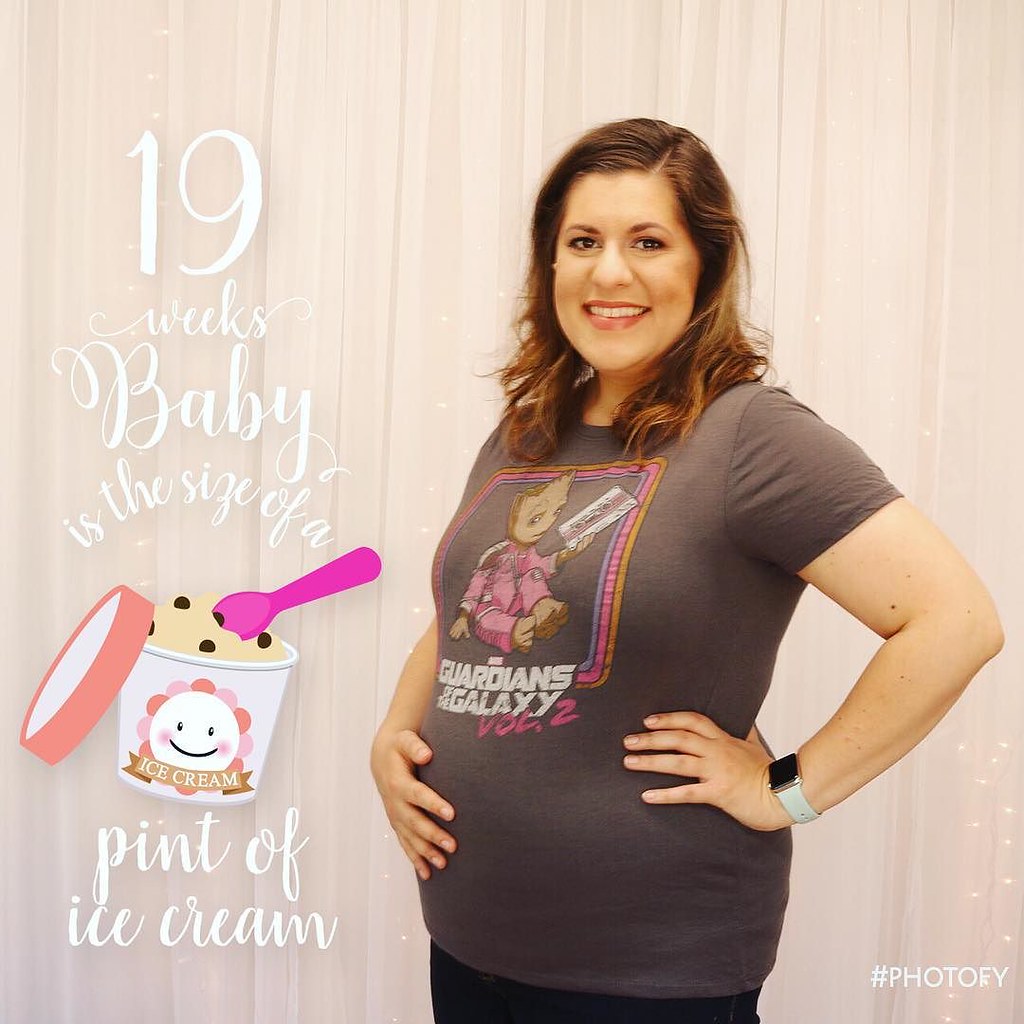 I’m so excited! A week from today we find out the gender! Then we have to keep our secret until our reveal party!

On Wednesday I had a teeth cleaning and checkup at the dentist, which was something I was super nervous about because I haven’t exactly been on top of my dental hygiene, especially during the first trimester with all the vomiting. Luckily no damage had been done, and I walked away with a clean bill of health, so that was quite the relief!

Later in the day my OBGYN’s office called to tell me the results of my Triple/Quad Screen Test. Results came back negative and low risk for Down syndrome. Another relief!

I’m still having a hard time sleeping. I thought this wasn’t suppose to happen until after I had the baby 😆 but I guess it’s prepping me for what’s to come. At this stage in the game I am suppose to be sleeping my side, in particular my left side in order to help with blood flow and nutrients to the baby. I am naturally a stomach sleeper, and it’s super hard for me to adjust to new sleeping positions.

I’ve also had a heck of a time finding a good pillow. For the longest time I had a pillow specifically for stomach sleepers, but that one eventually deflated over the years. I went to The Ultimate Back Store earlier this year and got a Sachi Organics Rejuvenation Pillow. It was okay at first but the fact you have to remove the buckwheat hulls based on your preferred firmness was difficult to pinpoint.

Despite going to a chiropractor weekly, my neck continued to hurt so my next pillow was a MyPillow. I wanted to like it, but it was just too firm and made my poor neck even more sore. On Saturday I traded it in for one of those contour memory foam pillows. So far it’s doing the trick but it’s still early.