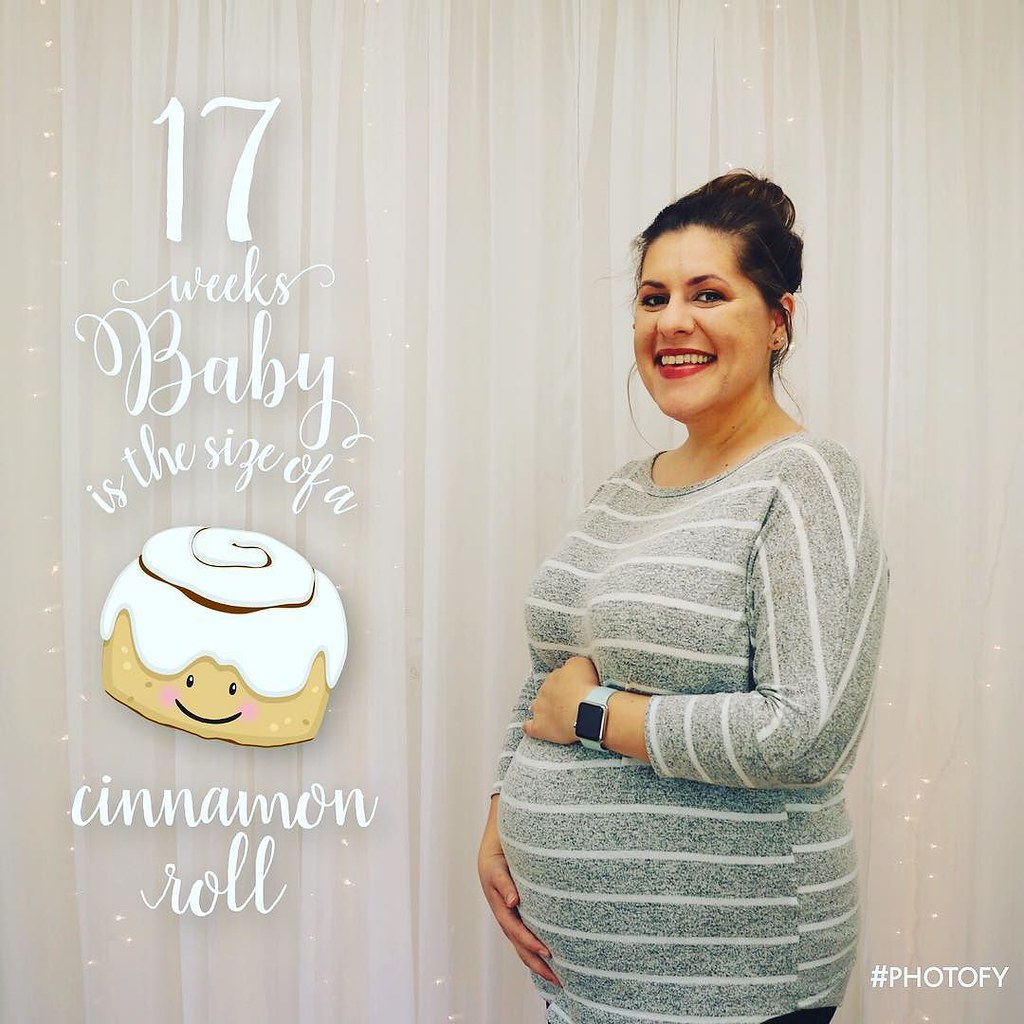 I can’t believe how quickly these weeks are flying by! We’re now 3 weeks away from the halfway point and finding out the gender!

This past week I had my monthly appointment with my OBGYN. We heard the heartbeat again (159bpm 💗), and I went over to the lab for my second trimester blood draw AKA the Triple/Quad Screen Test.

I saw my primary care physician this week as well to see what’s up with my coughing for the past few months, and it was concluded that it’s allergies. I just have to continue doing what I’m doing which is taking Zyrtec and Benadryl (both were cleared to be safe to take while pregnant). Aside from that, not much else they can do since I am preggers.

On Saturday, I met up with Dani where we had brunch and started discussing plans for the gender reveal party and the baby shower. Got some good ideas going and did a little browsing at Party City to see what they had. I picked up this really cute autograph frame that I want to use at the gender reveal party.

I decided to switch my baby registry to Target to make it easier for people, and since most of my shopping is done there anyway. They have a really good system I think for setting up a baby registry including an interactive checklist which makes things seem less overwhelming. I was pleasantly surprised to find most of the stuff from my Amazon one on Target’s website, so that made switching over a whole lot easier!

I buckled down and spent a bit of time getting a lot of stuff on my registry, so I’m proud of myself for getting that done, haha! I still have a bit to go on there, but there are some things that will make choosing a lot easier for me once we find out the gender.