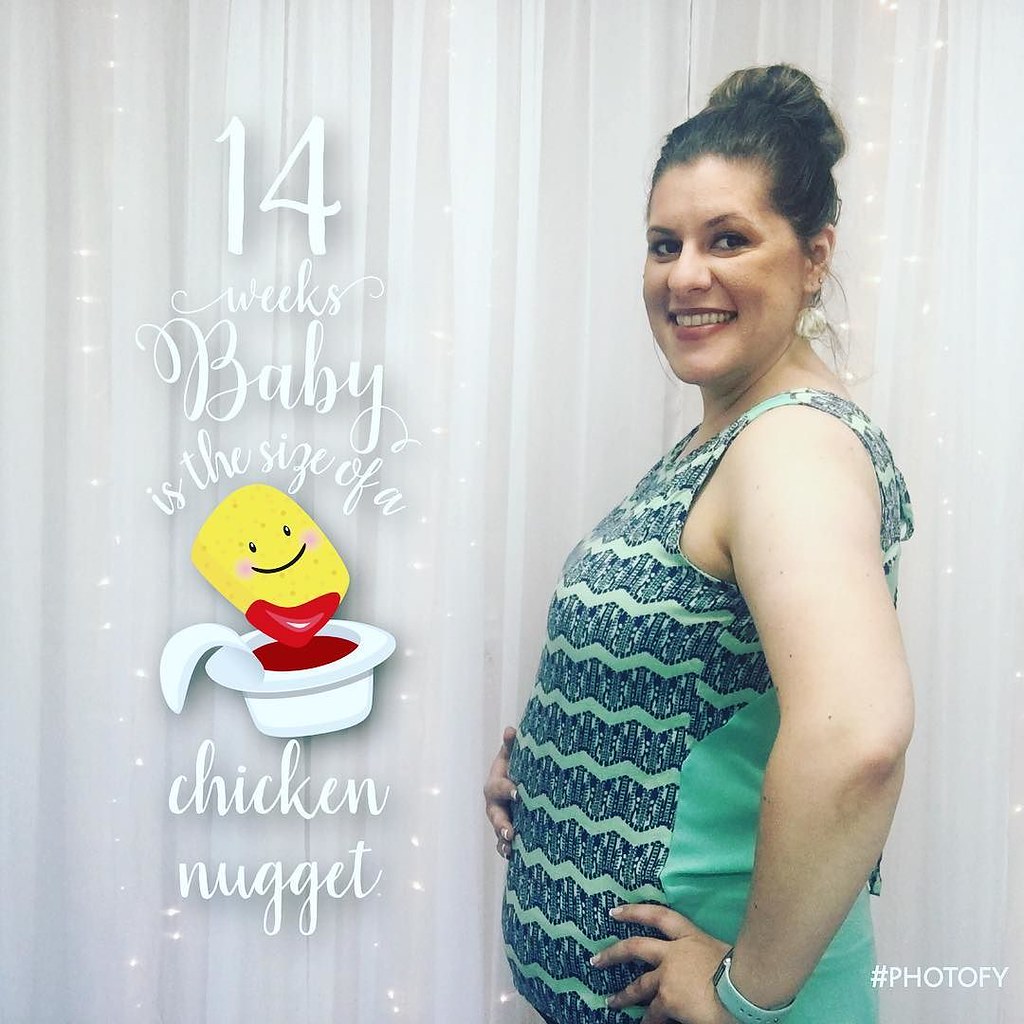 It seems like my morning sickness is gradually subsiding. I’ve had occasional nausea throughout the week, and have only thrown up once. I still have to be wary about moving too fast/too much otherwise it makes me nauseous, which is why I’ve paused on working out.

My boobs are no longer sore, and my fatigue is here and there rather than daily. I’m definitely feeling the round ligament pains, especially towards the end of the day.

I’m super frustrated with my allergies, and have had a hard time sleeping this week because of waking up in the middle of the night to cough (and pee). I started Claritin after I ran out of Zyrtec, but I’m ended up going back to Zyrtec since it seemed to let me sleep through the night more without coughing.

I will say overall I am feel MUCH better than I did about a month ago! As my first trimester symptoms fade I get to enjoy just being pregnant for awhile. That is, until other fun new symptoms crop up.

While my appetite isn’t 100% back to where it was pre-morning sickness, I’m slowly going back to being able to feel like I can eat “normally” again. Morning sickness is ROUGH when you love food.

That being said, since I’ve had morning sickness I haven’t been gluten-free. I’ve been on the “eat whatever I can just to keep it down and get something in me” diet and the stuff I’ve had the best luck with have been foods with gluten in them. However, once my appetite gets more normal, I’m going to try going back to my healthier, gluten-free eating.

This week in particular I’ve been craving what I refer to as my “high school comfort foods” which consist of Chef Boyardee/Spaghetti-Os, Cheez-Its, and Dr. Pepper. I know, I know it’s sooo not healthy, but it’s what I can stomach successfully.

For breakfast, I went from having blueberry bagels with whipped cream cheese to a bowl of LIFE cereal with almond milk. I also have been craving toast with butter, and I had my first pickle craving. Both of those have been my mid-morning and mid-afternoon snacks.

As for beverages, I’m mostly drinking water. I have my morning cup of coffee and the occasional Dr. Pepper with lunch, but it’s primarily been water for me. Tea and sparkling water were two things I drank a LOT pre-pregnancy, and I haven’t been into them since I got pregnant. This whole food aversion thing is crazy!

I’ve totally embraced maternity jeans and bras, but beyond that I’m still wearing my normal clothing. I picked up some new bras and leggings from Motherhood Maternity and a pair of maternity jeans from Target. And I’ve got my first maternity Stitch Fix scheduled to arrive next month!

For Mother’s Day I got a few good books that I’ve added to my reading list: I haven’t dove into The Mom Book yet, but I started reading The Pregnancy Instruction Manual up the parts that are relevant to me so far. I also have a book that I was given from my OBGYN that is their equivalent of What to Expect When You’re Expecting, so between those books and the apps I’m using, I’m staying pretty informed.

While I’m holding off decorating the nursery until we find out the gender, I’m still trying to figure out items to add to my registry. I have to admit it’s a little overwhelming trying to find the “right” item – like I know I need a changing table but do I get an actual changing table or do I repurpose a dresser? 😩 Not to mention stuff is expensive!

In a few weeks we’re going to find out the gender, so we’re in talks about planning a gender reveal party in the next couple of months. Obviously Joshua and I are going to find out right away, but we’ll use the party to announce it to our friends and family.

Repurpose a dresser!!! Or change baby on the bed. We’ve never had a place with enough room for a changing table so we’ve always changed the baby on our bed. ¯\_(ツ)_/¯

Get fewer big furniture-type items than you think you’ll need – you can always buy them later!

I am so loving this!
I got one of those big, cushioned changing pads that are curved and used it on top of a dresser. This way I was able to still use the dresser after potty training and saved some $$ never mind the extra space a changing table takes.