I can’t believe how fast this pregnancy is flying by, and honestly, I’m really grateful that it has. I’m less than two weeks away my THIRD TRIMESTER! Eeek! Looking back on the first trimester, I think it was the most challenging for me physically. I definitely didn’t feel like myself, so I had to make a lot of adjustments.

The first 3 ½ months I was REALLY tired and had zero energy. Every day felt like a trip to Disneyland (without the fun) with how exhausted I was. By 8:30 pm I was ready for bed, and I never made it past 9:30 pm. Joshua and I normally go to bed together every night at the same time, so it was an adjustment when I was already tucking myself in an hour before we usually hit the hay.

Being that tired and forcing myself to rest was a lot harder than I expected it to be, especially with it hitting immediately after the holidays. We canceled our annual NYE party partially for that reason. Normally I get in a cleaning/organizing mode after Christmas, but this time I just didn’t have the energy. Laundry took me forever to do. I barely cooked. How we managed to get all of Christmas put away still boggles my mind. I didn’t even have the energy to blog as evidenced by my silence.

Two days after Christmas the food aversions and nausea hit. Thank goodness it waited until after Christmas because we had some really yummy food in the days leading up to it. After that, I was NOT about the leftovers. 🙅🏻‍♀️ I had a few weeks where I was vomiting 1-2 times a day, but otherwise, it was just consistent nausea. There were days where I was surviving just off of bone broth and almond crackers.

Meal planning/cooking went out the window, and between being too tired and too sick, we took everything day-by-day. I was all about room temperature water (thank goodness for my Berkey) and I couldn’t do anything sparkling or flavored. I had aversions to most of my usual foods. It was so bad that I had to hold my breath every time I opened the refrigerator.

I didn’t really have any cravings. My food aversions far outweighed any cravings I had, and every day was just making sure I got something in me. I noticed I did a lot better with fresh veggies and fruits and drastically reduced my meat intake. With both pregnancies, I favored bagels for breakfast. Only this time, I was eating gluten-free bagels with either almond butter or vegan cream cheese.

The fatigue and morning sickness ended up lasting through 17 weeks. That was four weeks longer than my last one. Goes to show every pregnancy is different!

One BIG change that came for me was my skin. I’m an oily acne-prone gal and have been most of my life, but not with pregnancy. My skin went from being oily AF to dry AF, so I had to completely change up my skincare routine. Switching my cleanser and my moisturizer helped a ton, and my skin is looking the best it has ever been in a long time. The pregnancy “glow” does exist! 🙌🏼

The moment I got a positive HPT, I called my Reproductive Endocrinologist’s (RE) office and immediately got the ball rolling. Before they scheduled me for an appointment they had me go get my blood drawn twice (two days apart) to make sure my HCG levels were doubling as they should. Once they confirmed they were, they filled a prescription for Estradiol and Progesterone suppositories which I took until the end of the first trimester.

At six weeks, I had my first ultrasound. Both Joshua and Dani were there with me, and we saw the heartbeat. 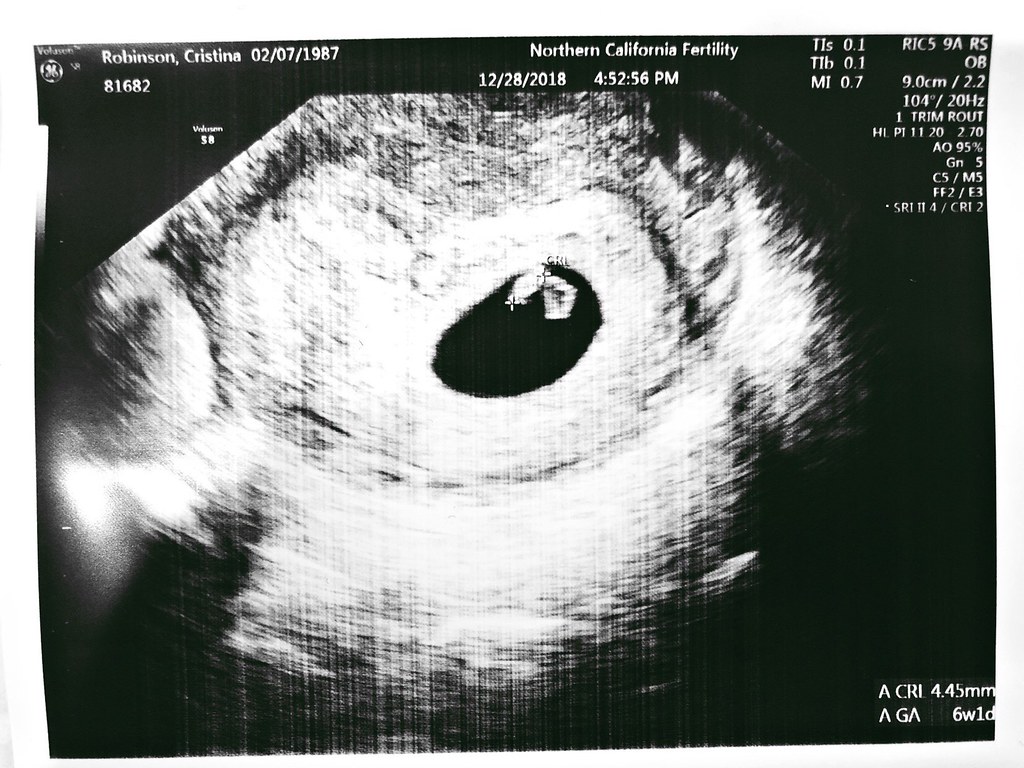 Two weeks later (at eight weeks), Joshua and I came back for another ultrasound. Growth and heartbeat were right on track, so they released me to my regular OBGYN. 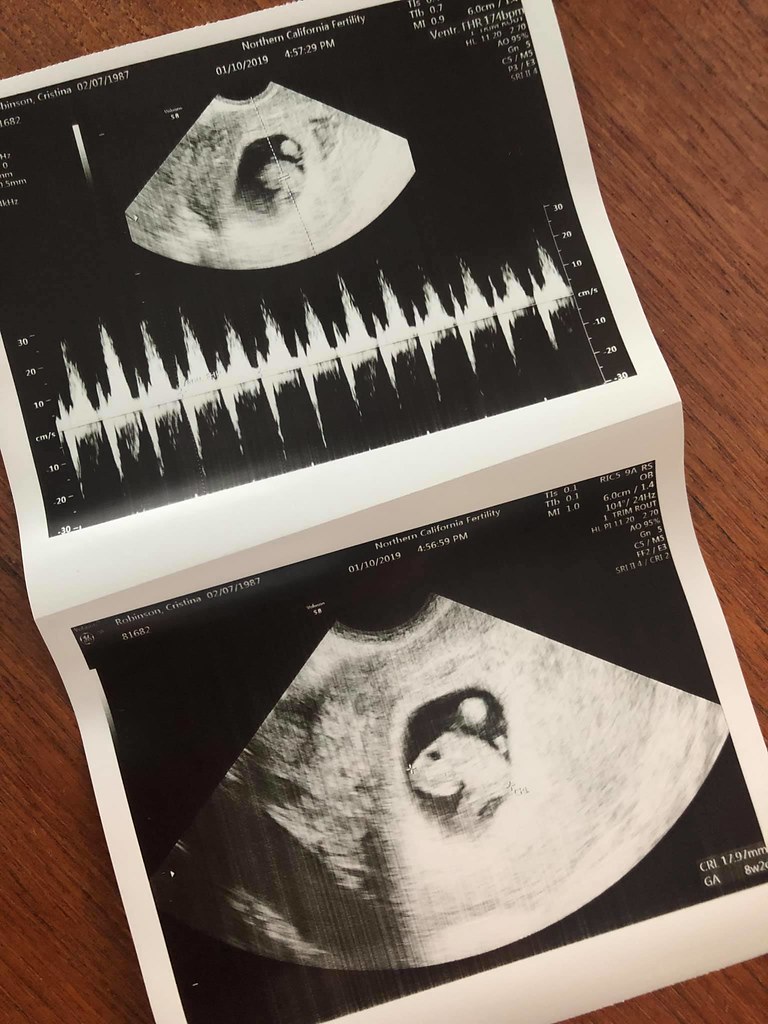 After my second loss, I started seeing a new OBGYN. They were the ones that ran the majority of my RPL tests, so they had everything on file. I scheduled my intake and 12-week ultrasound appointments and got all my usual bloodwork done.

A couple of days before my birthday, I had my 12-week ultrasound. Now she was starting to look more like a baby! 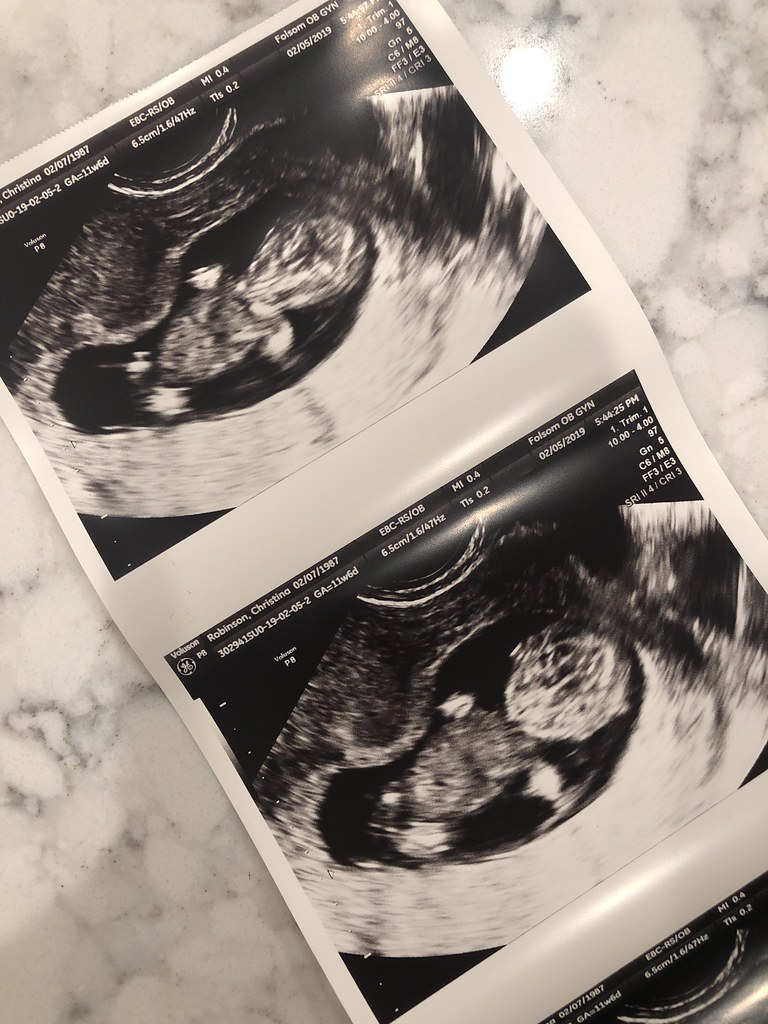 Everything continued to go perfectly. A few days later, I closed out the first trimester with announcing my pregnancy. 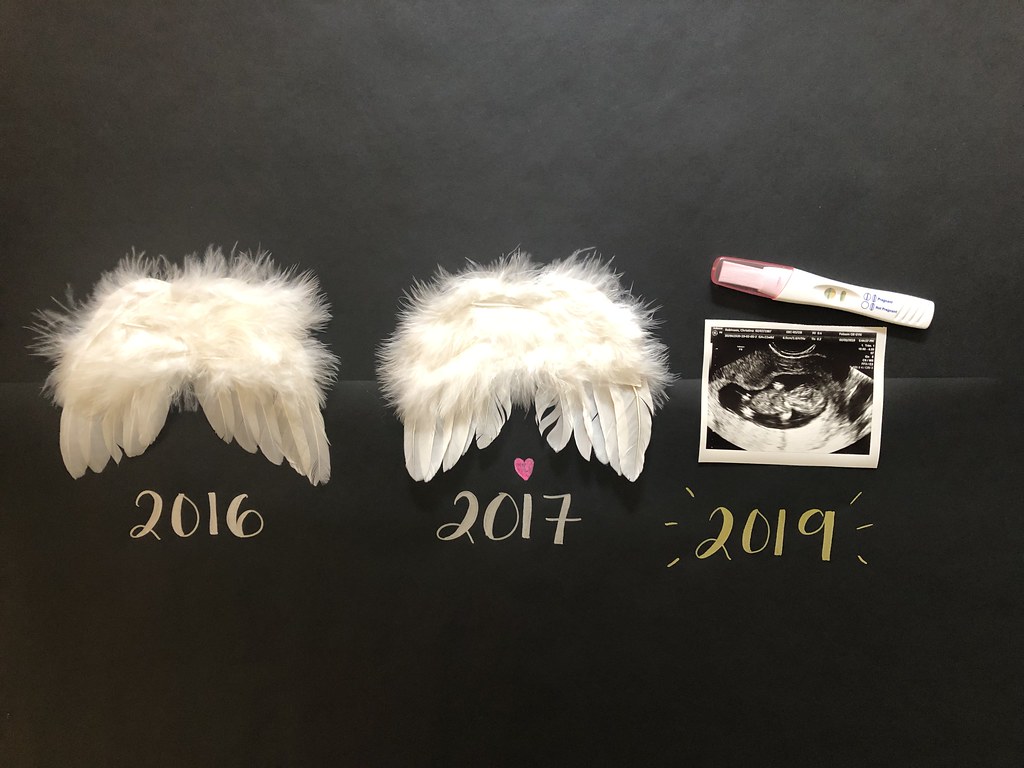 I wish I could say I felt nothing but joy when I announced it, but it was more relief and hesitation. I wanted to be sensitive to my fellow loss-moms, and as one, it’s not an easy thing to do.

I was also relieved because now it was out there for everyone to know, and I could continue on with getting through this pregnancy. As I transitioned to my second trimester, the emotional aspect really began to take its toll, which I touched on in another post.

Overall, I had a pretty good and standard first trimester, which was quite the relief considering my first pregnancy was the complete opposite. Not only did I feel like I was in good hands with both my RE and OBGYN, but I felt more informed and supported.