Tonight Mormor, my grandmother past away. She was 92 years old.

Almost two weeks ago Mormor fell down and broke her hip. She went in for hip surgery and for the past week and a half has been slowly recovering in a convalescent hospital for physical therapy. My sis and I came down to visit her last weekend. Saturday she was in good spirits and very happy to see us.

When we came to visit Sunday, she was hooked up to an oxygen tube. She pulled me aside telling me that Saturday night she overexerted herself during physical therapy and was having trouble breathing, which is why she was hooked up to the oxygen tank. She was a little scared but still very optimistic.

While I was in class tonight I got a phone call from Josh telling me Mormor was rushed to the ER as her heart rate dropped. A little over an hour later when I was on my way home from class my dad called me and broke the news: she was gone. Apparently she had a blood clot that went to her brain*. When she was still in the hospital right after her hip surgery she had a blood loss situation, which they believe was what caused the clot.

I called my mom and cried with her. The worst sound I have ever heard was hearing my grandpa sobbing in the background. When my dad broke the news all I kept thinking about was my grandpa and how sad I am for him. My mom put my grandpa briefly on the phone and he sobbed, “Cristina I am so upset. I am so depressed.” It broke my heart into a million pieces. I have never seen or heard this man cry in my entire life until now.

Dani, Joshua, and I are heading down to my grandparents house tomorrow. I just want to hug my grandpa right now.

Mormor, I know we had our differences in the past, but I love you. I miss you. 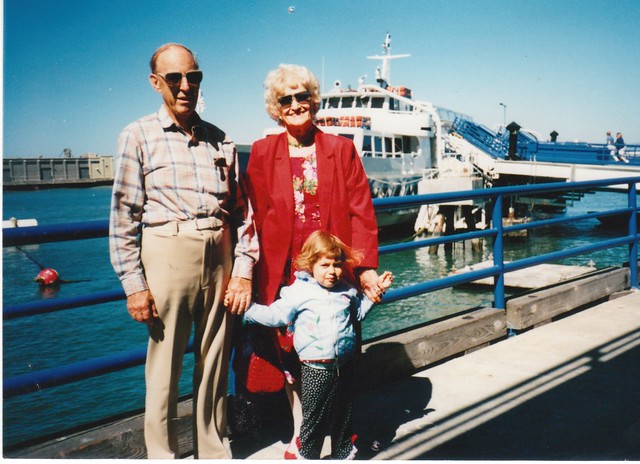 *The coroner called this morning and said her official cause of death was a pulmonary embolism.