Digital Illustration was the class where I learned how to use Adobe Illustrator. I had some experience with it during the previous quarter when I had to make flow-charts for my programming class, so I wasn’t completely unfamiliar with it. Still I learned a ton about Illustrator and how to use it for different projects.

Our first project was to design a sea creature logo. First we picked our creature, then Googled about 20 different images, printed those out, did tracings, refined the sketches, and narrowed it down to two. We brought our final two into Illustrator and created vector versions, ultimately narrowing it down to one and mounting it on a black mat board for final presentation.

I chose a starfish for my sea creature. At first glance, you’d think doing a starfish is easy, but it was actually quite difficult because of how much texture a starfish has. I really had to simplify it, and looking back on this I probably could have simplified it a lot more.

Our next project was to make an animal out of type. I chose a Koala bear. The parameters were: Like the first project we had to Google images and do tracings/sketches. After importing our top 3 into Illustrator we learned how to use the swatch library and had to do our animal in three different color schemes (one for a sports team, one for an expensive restaurant, and one our choice). Ultimately I went with the expensive restaurant color scheme since it was close to the Koala Bear’s natural colors.

Our final project was to create a box character. He gave us the generic template, and it was up to us to manipulate it into our creature of choice. Because I had this same teacher for my Color Theory class, I already knew this was coming due to a sneak preview on our final day of Color Theory.

We had to choose three characters and eventually narrow it down to one. Someone did Darth Vader already, so I decided my top three would be E.T., Keroppi, and WALL•E. We also had to do a process manual for this project. Ultimately I narrowed it down to WALL•E so he could go with my EVE doll, hehe. 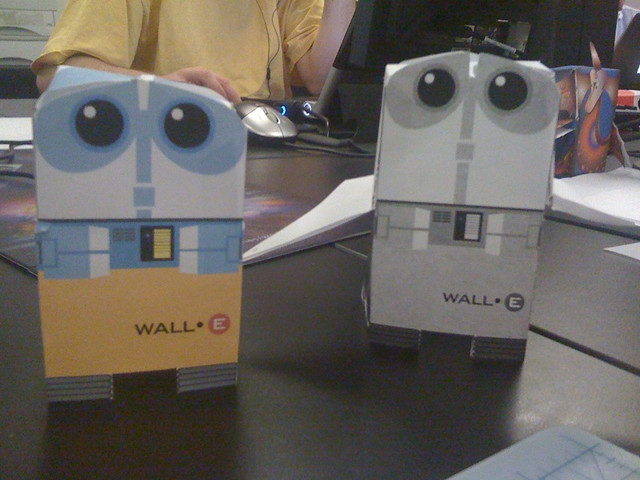 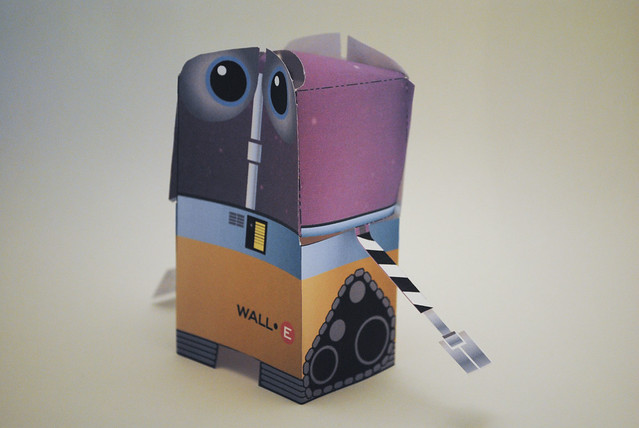 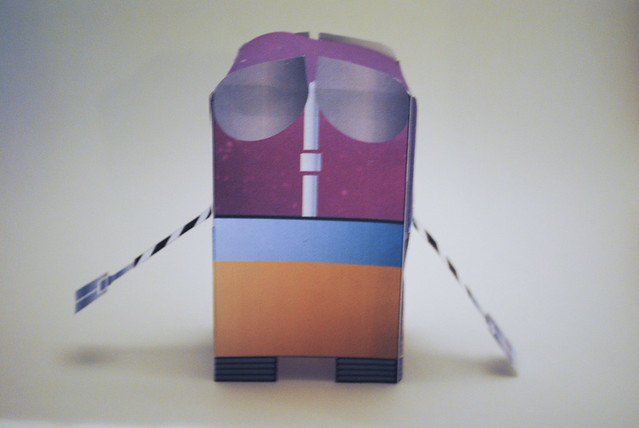 Then as our final “in class” project we had to create a vector movie poster for one of our favorite movies using Adobe Illustrator.