The backyard is looking awesome thanks to my father in-law and brother in-law. We’re so close to being done! Here’s what’s been happening so far:

They yanked everything out, weed eated, mowed, and sprayed roundup to give it a good base to start. 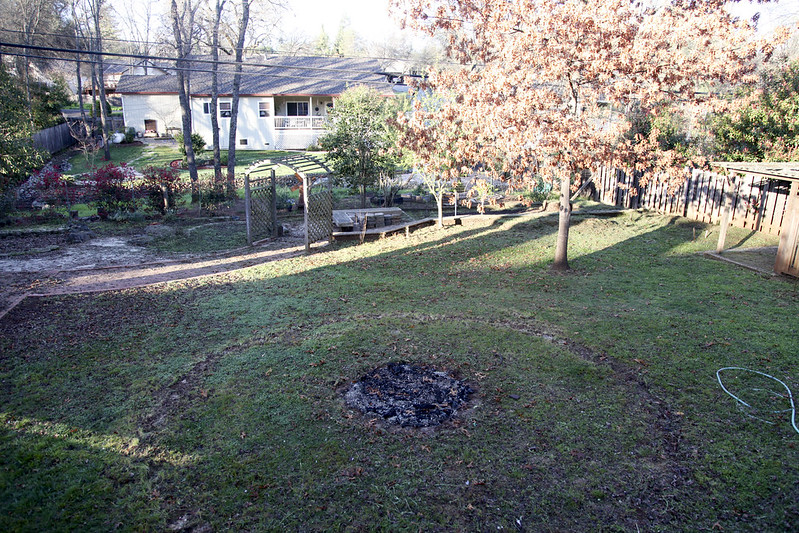 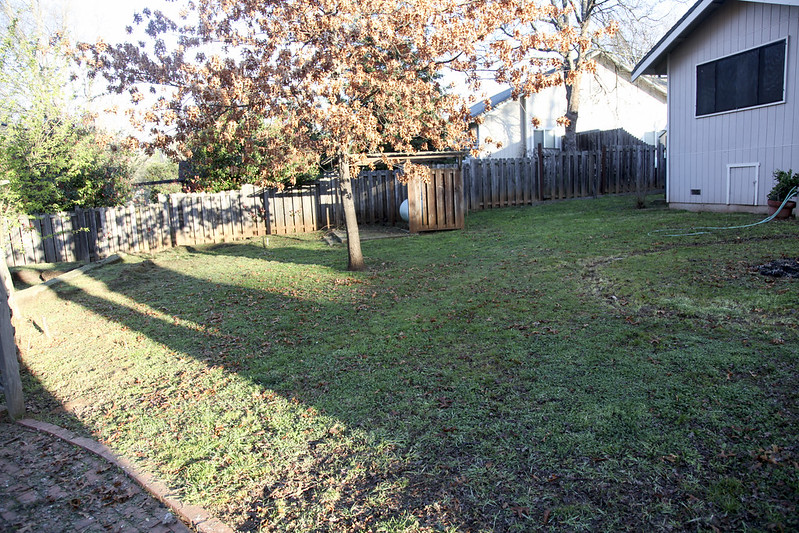 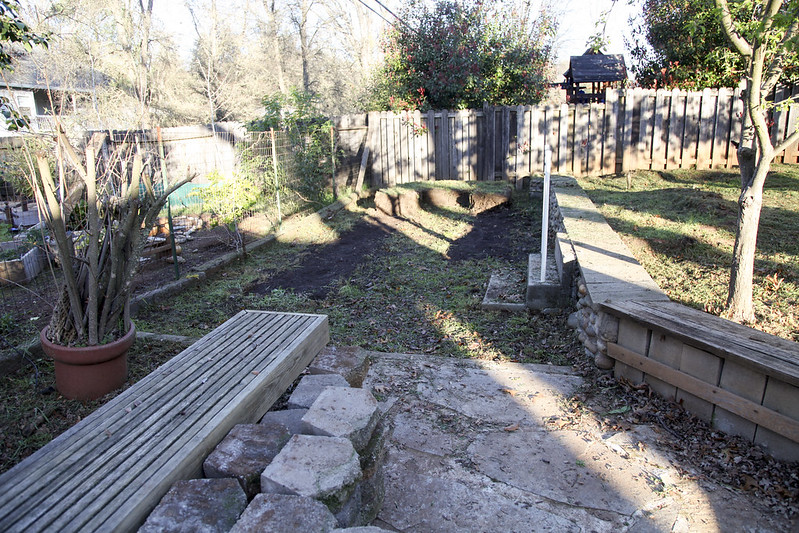 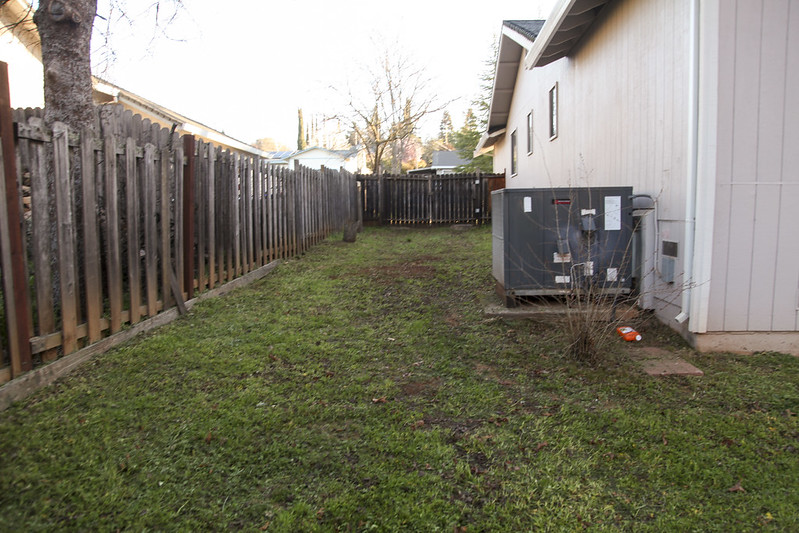 They brought in soil amendment and let that sit for a couple days. 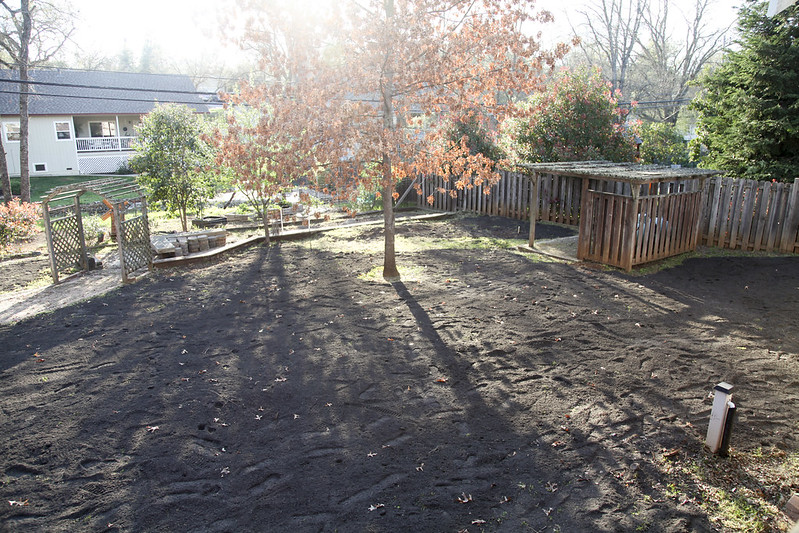 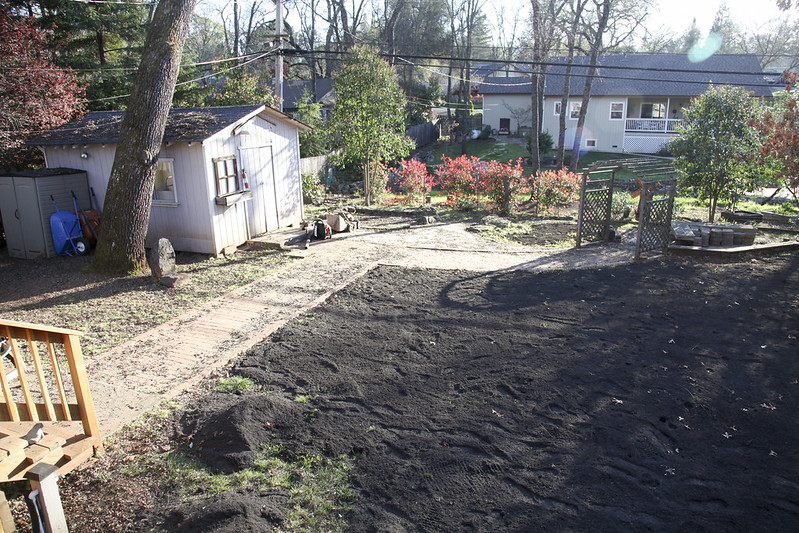 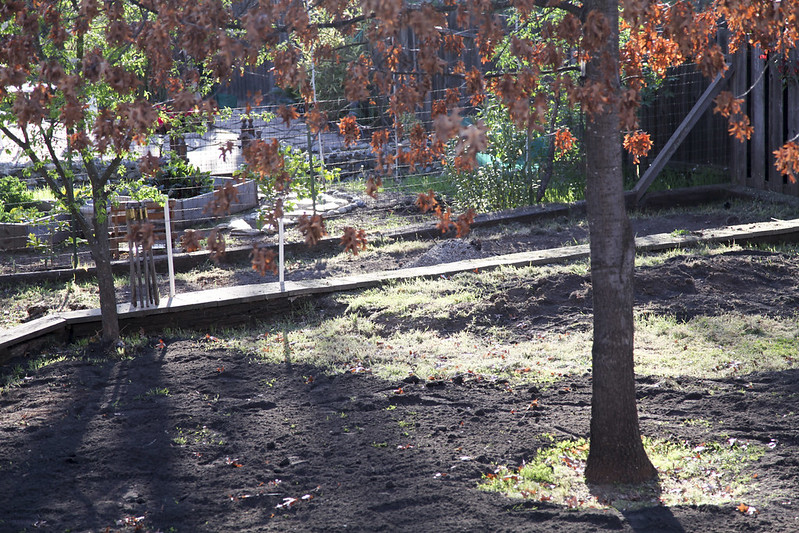 Soil was tilled and prepped for irrigation. 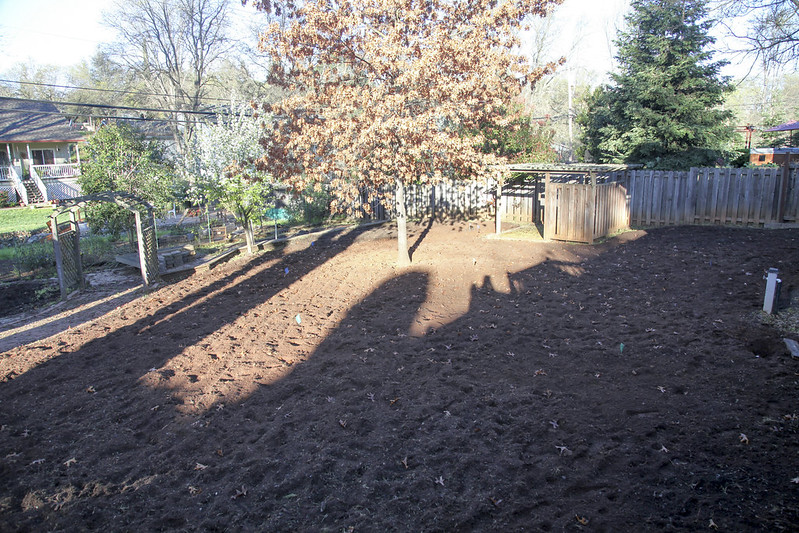 And here’s a pic of the area where the planter boxes used to be: 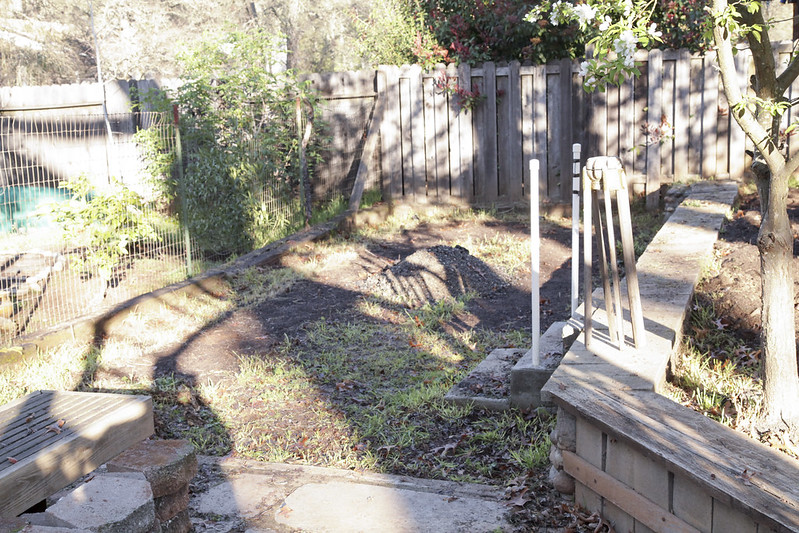 After the soil was tilled, the irrigation was installed and then the dirt was leveled out. You’d never know we have a fully functional sprinkler system underneath all that dirt! 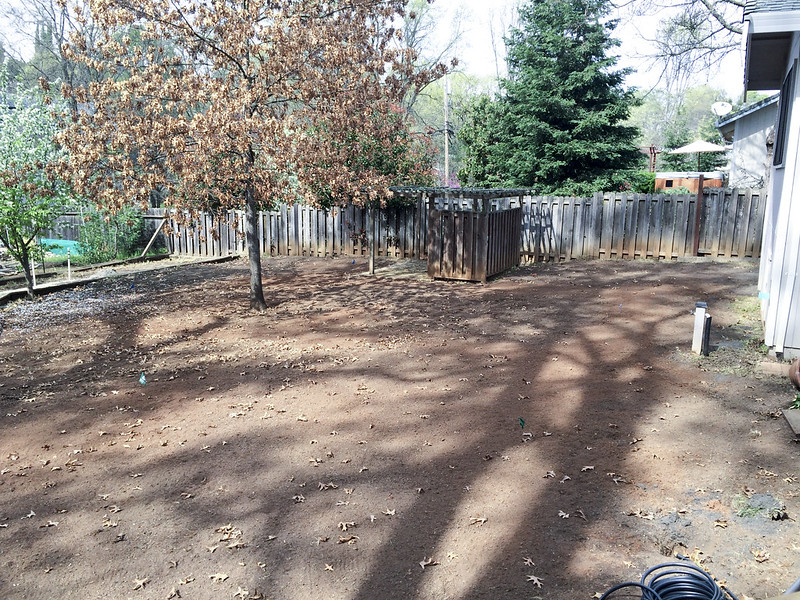 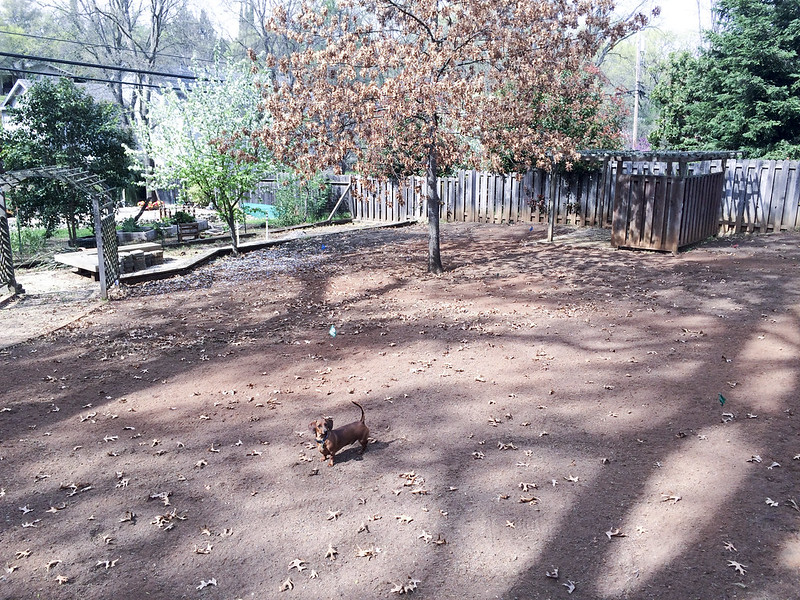 We picked out our plants which included some herbs for a small herb garden, Pink Lady Indian Hawthorn, Loropetlum Chinense Fire Dance, Pink Rockrose, and Agapanthus Queen Anne Blue Lily of the Nile (both backyard and front). All of the plants we chose were considered ‘water wise’ which is awesome given the drought shenanigans we’re experiencing in California. 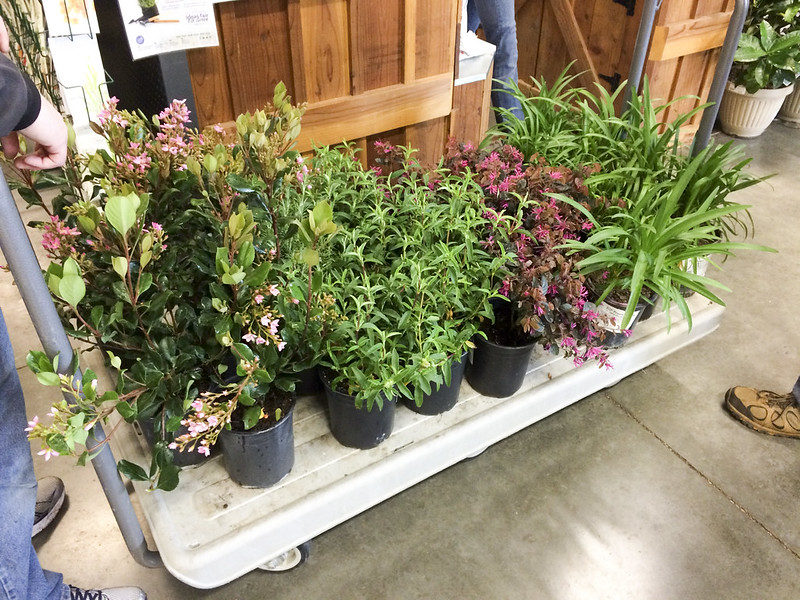 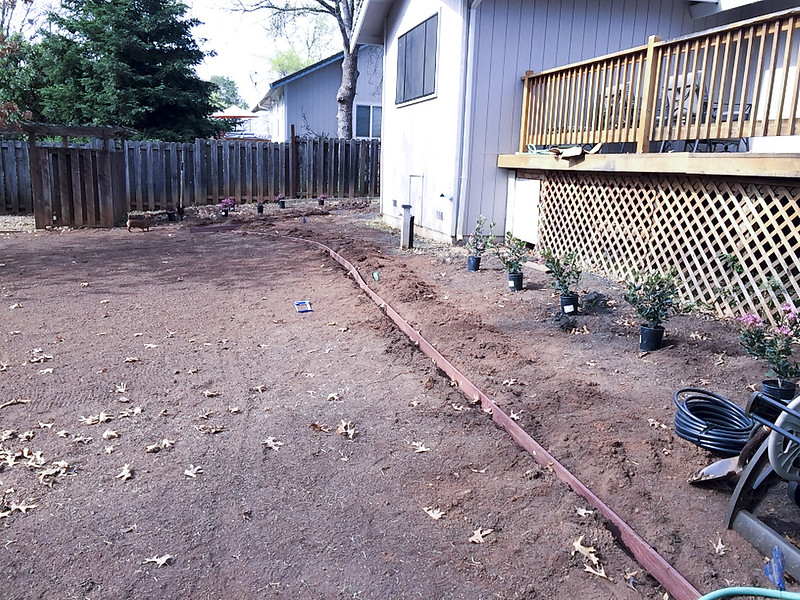 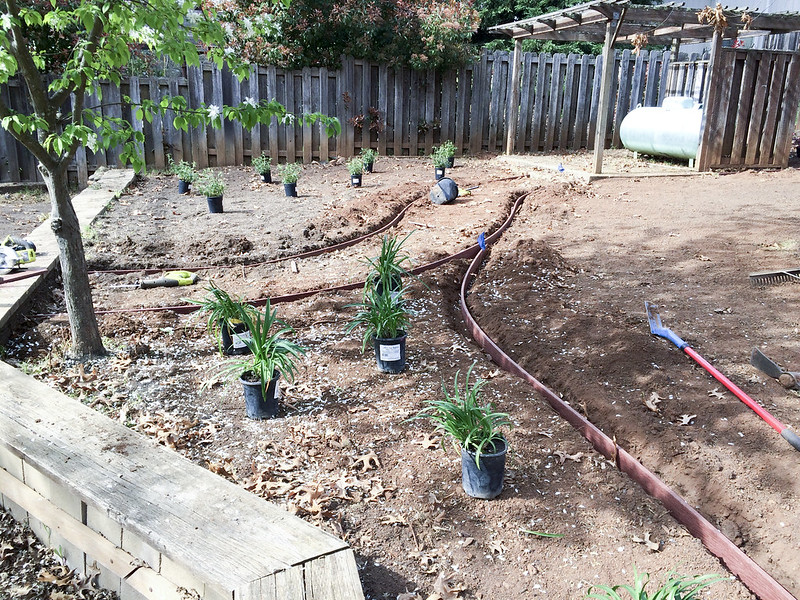 I’m especially excited for my herb garden. I’ll have rosemary, cilantro, parsely, and mint leaves to start. Once I get better at keeping plants alive and expand my culinary skills I might consider adding more. 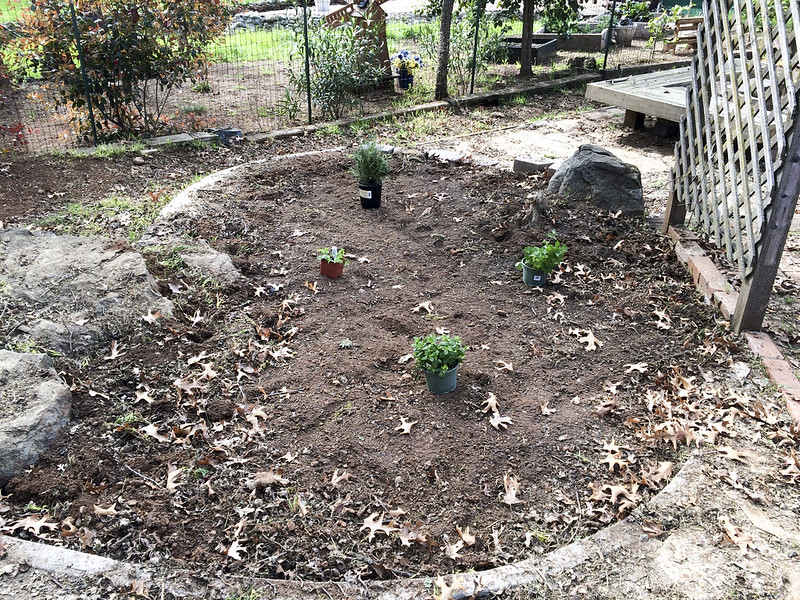