Not too much happened with the master bathroom today since our contractor realized he’d need a larger jack-hammer to get through the concrete. He has to move the drain slightly for the new shower, and the drain is currently sitting in concrete. Instead he installed one of the new toilets in the guest bathroom! 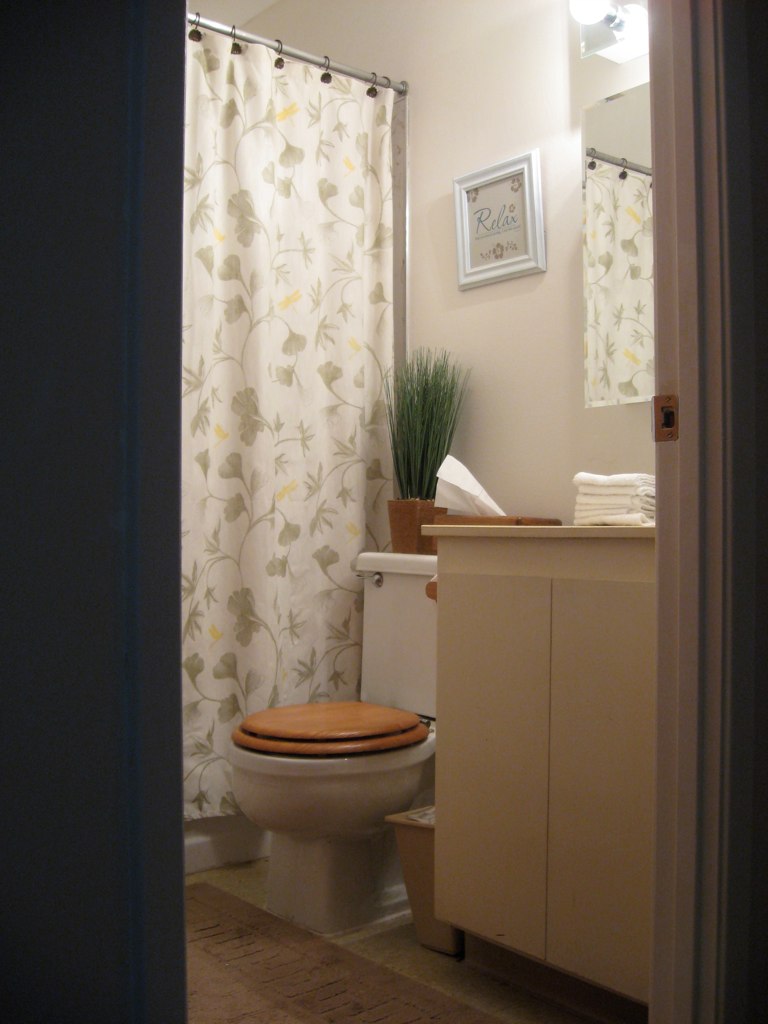 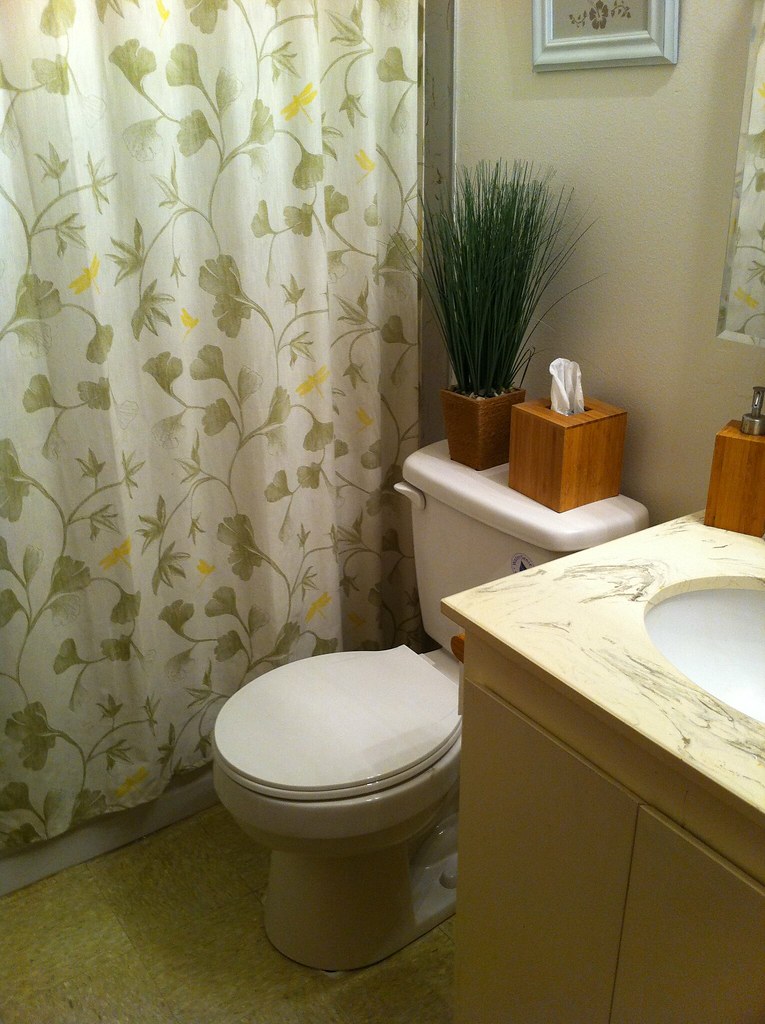 I’m so glad we got a new toilet in this bathroom! Not only was the previous toilet outdated, but it had issues when flushing. Basically you’d have to stand there and hold the flusher down for about 30 seconds or until everything had been cleaned out before you could let go. If you let go too soon things would hang around, and it was gross.

Our new one is like a vacuum! You barely hold the flusher down and WHOOSH it’s gone! The same new toilet will go in the master bathroom as well. It’s an added bonus since the toilet in the master worked fine already; however it too is outdated.

My uncle stopped by with the linoleum that will be going in the master bathroom. Hopefully tomorrow we’ll get to see that go in. If not it will probably go in Tuesday or Wednesday. We shall see!