Yesterday Joshua and I successfully hosted our first Thanksgiving in the Mediterranean Modern! Everything turned out lovely, and now I am even more excited to host Christmas!

The day started with me + a cup of coffee ☕️ watching the Macy’s Thanksgiving Day Parade. Joshua made breakfast for the two of us, and during commercial breaks, we tidied up the house. However, once The National Dog Show started, that was my signal to get started on the bird! 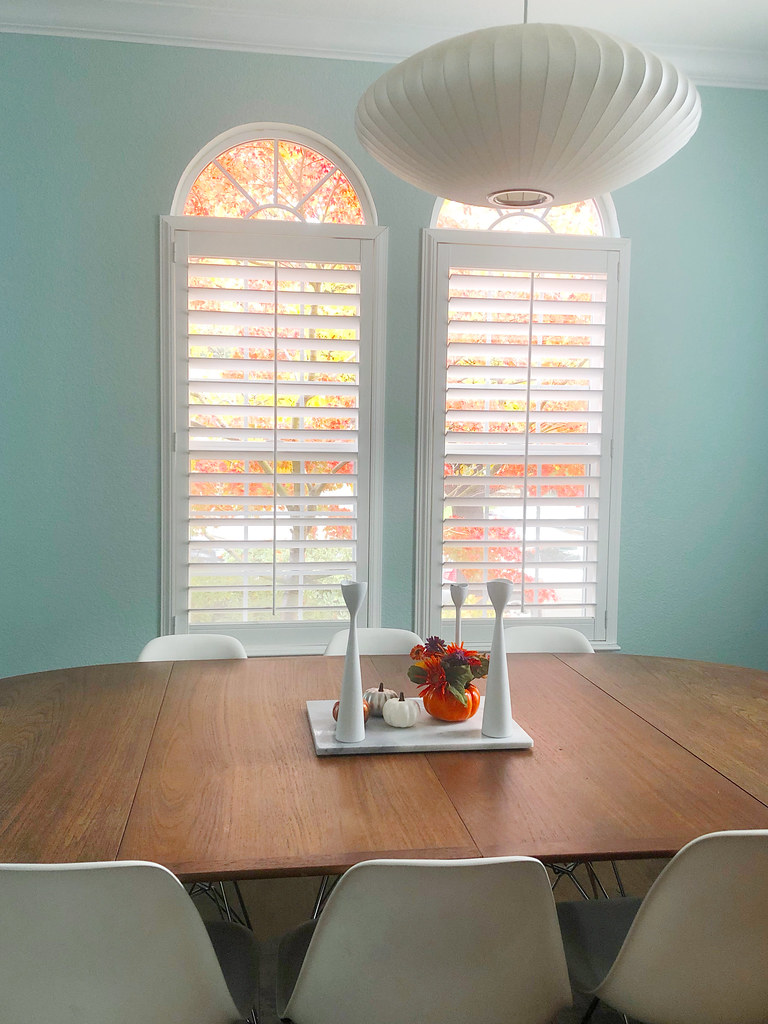 Once the turkey was in the oven, I continued cleaning and setting the table. 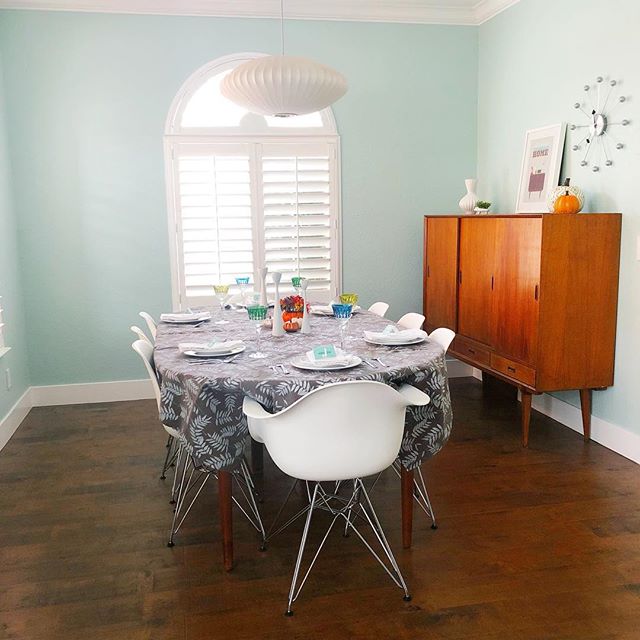 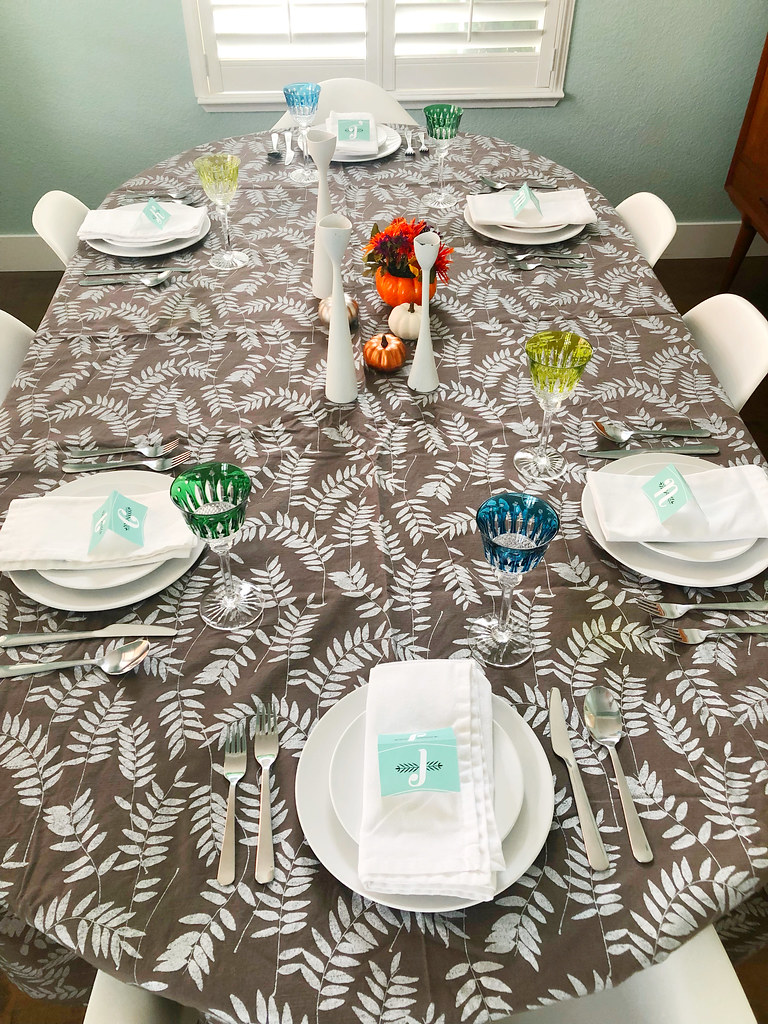 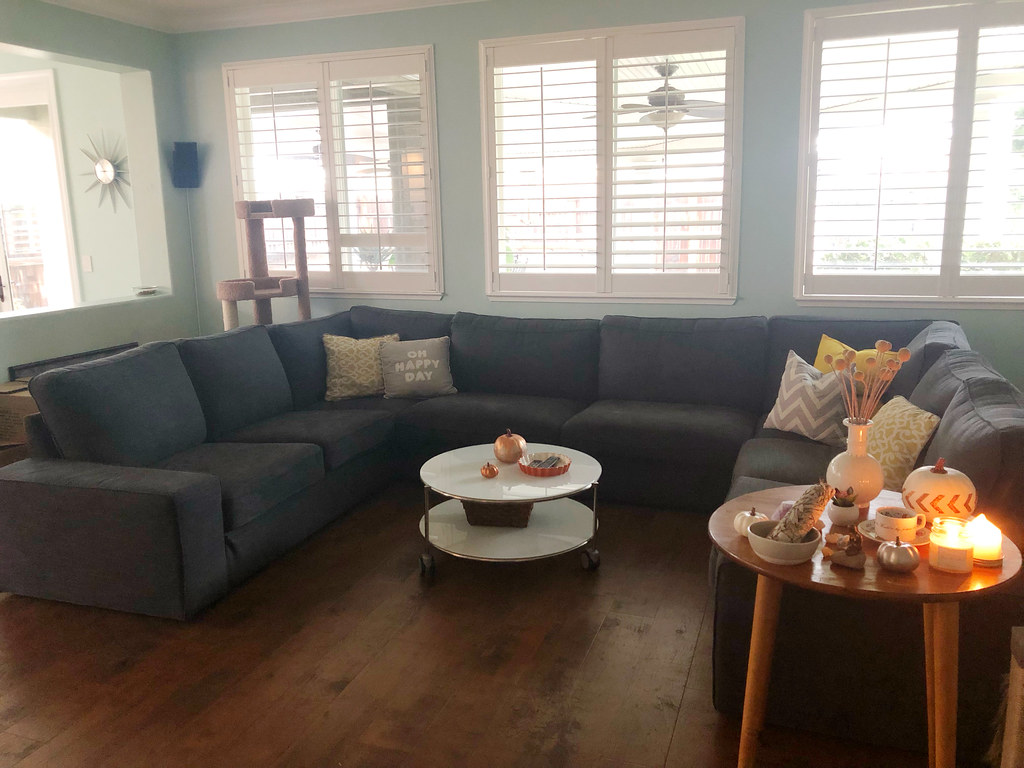 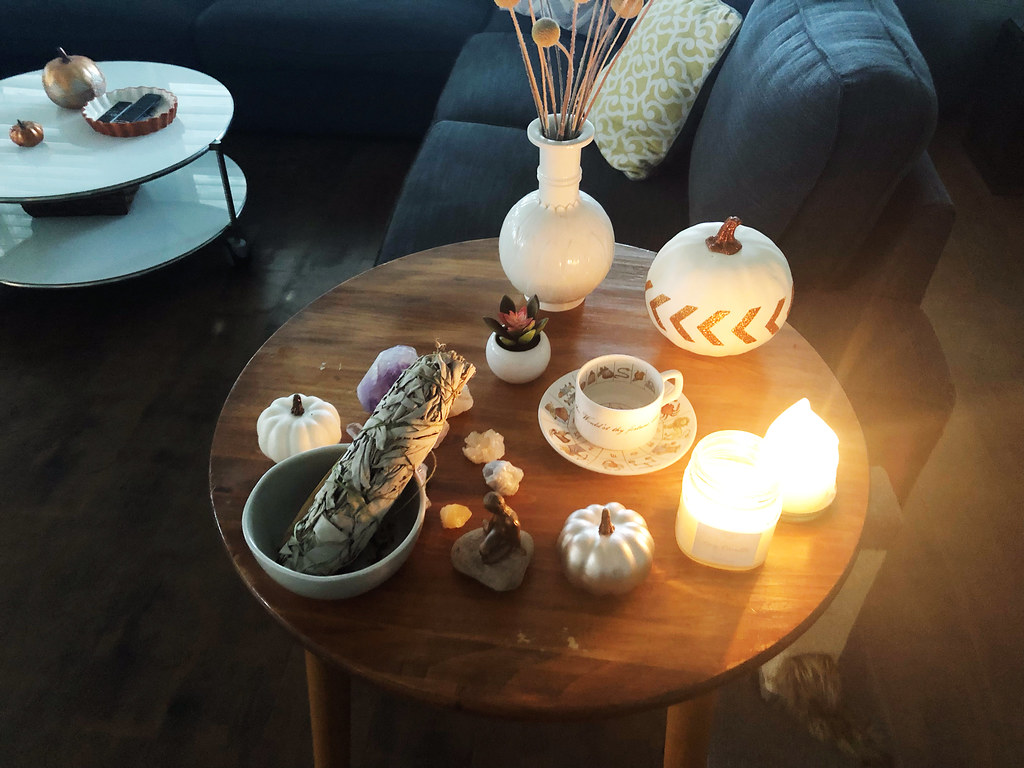 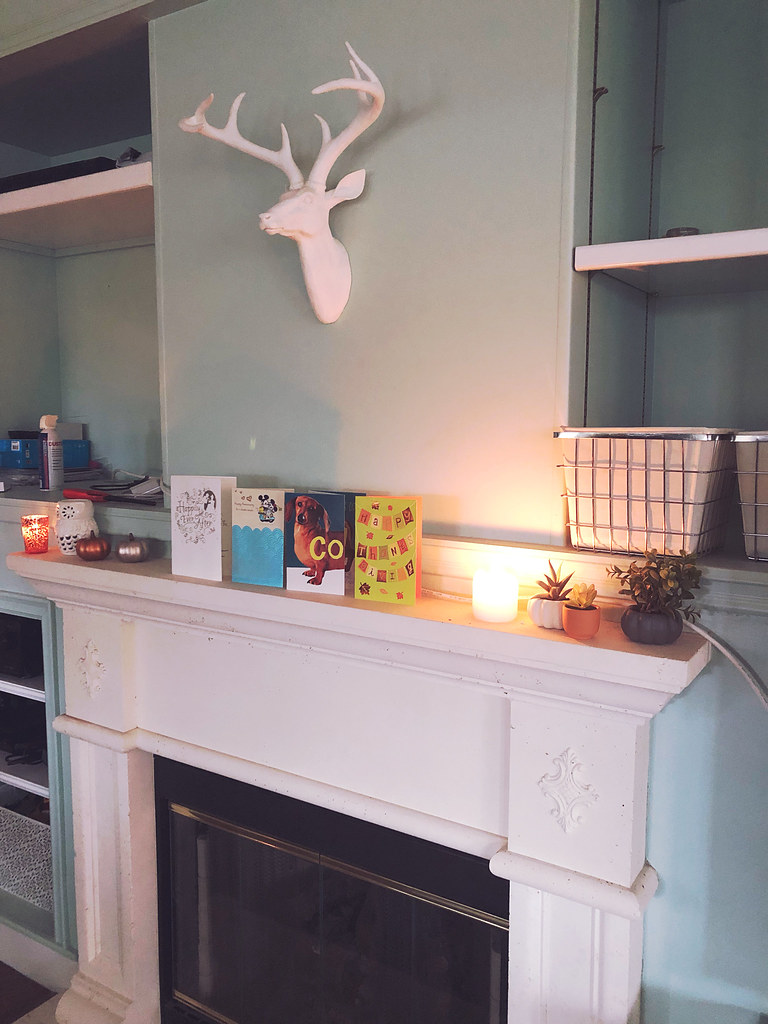 My Family arrived between 4pm and 5pm and consisted of my parents, my uncle, and my cousin. We had shrimp cocktail and a veggie tray from Trader Joe’s as appetizers. My turkey was done early, so by the time everyone showed up all we were waiting on was the stuffing. Once that was done we were ready to eat! 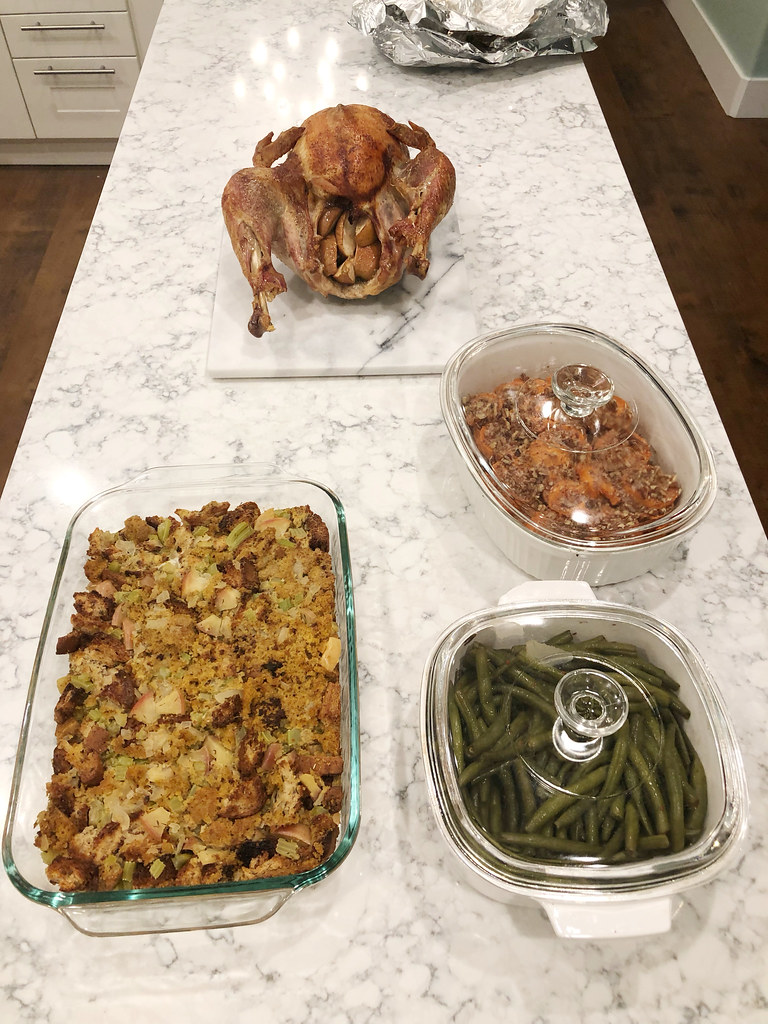 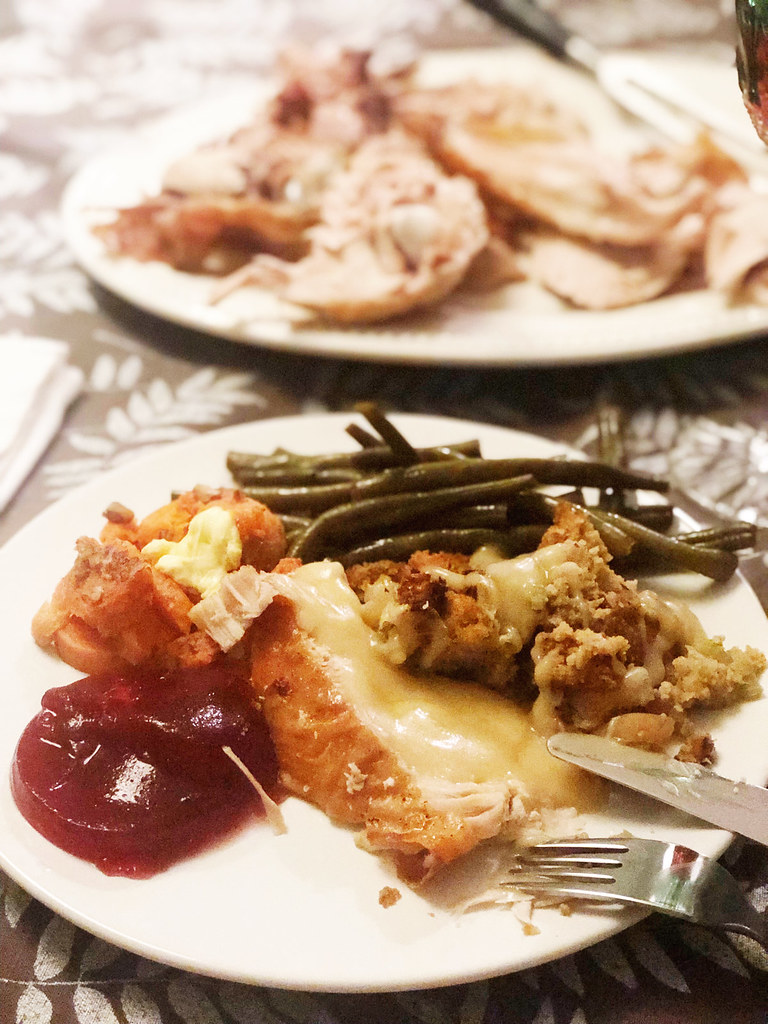 The food turned out delicious! For dessert, we had pumpkin pie (one homemade by my uncle and a gluten-free one for Joshua & I) and gluten-free apple dutch pie. I picked my gluten-free pies up from Whole Foods.

After dessert, my friends Danielle and Adam came over to partake in our tradition of watching Home Alone. Since my sister was not here for Thanksgiving, we had her FaceTime in and watch the movie together. 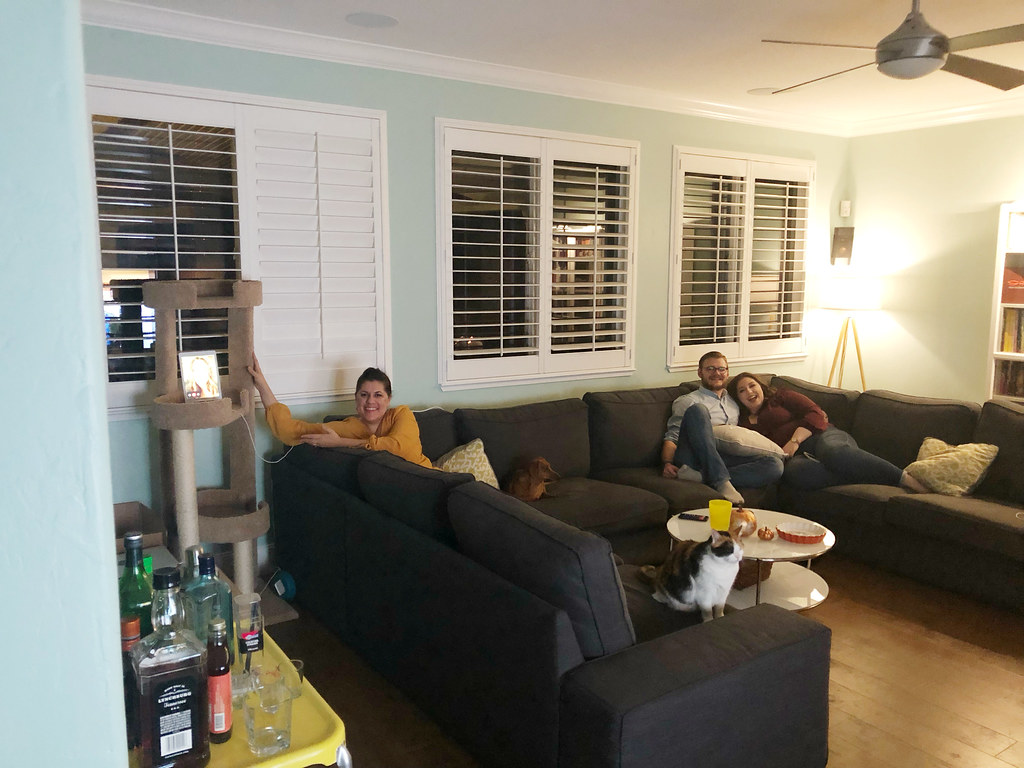 And now Christmas has officially begun! Today and into the weekend I’ll be decorating!